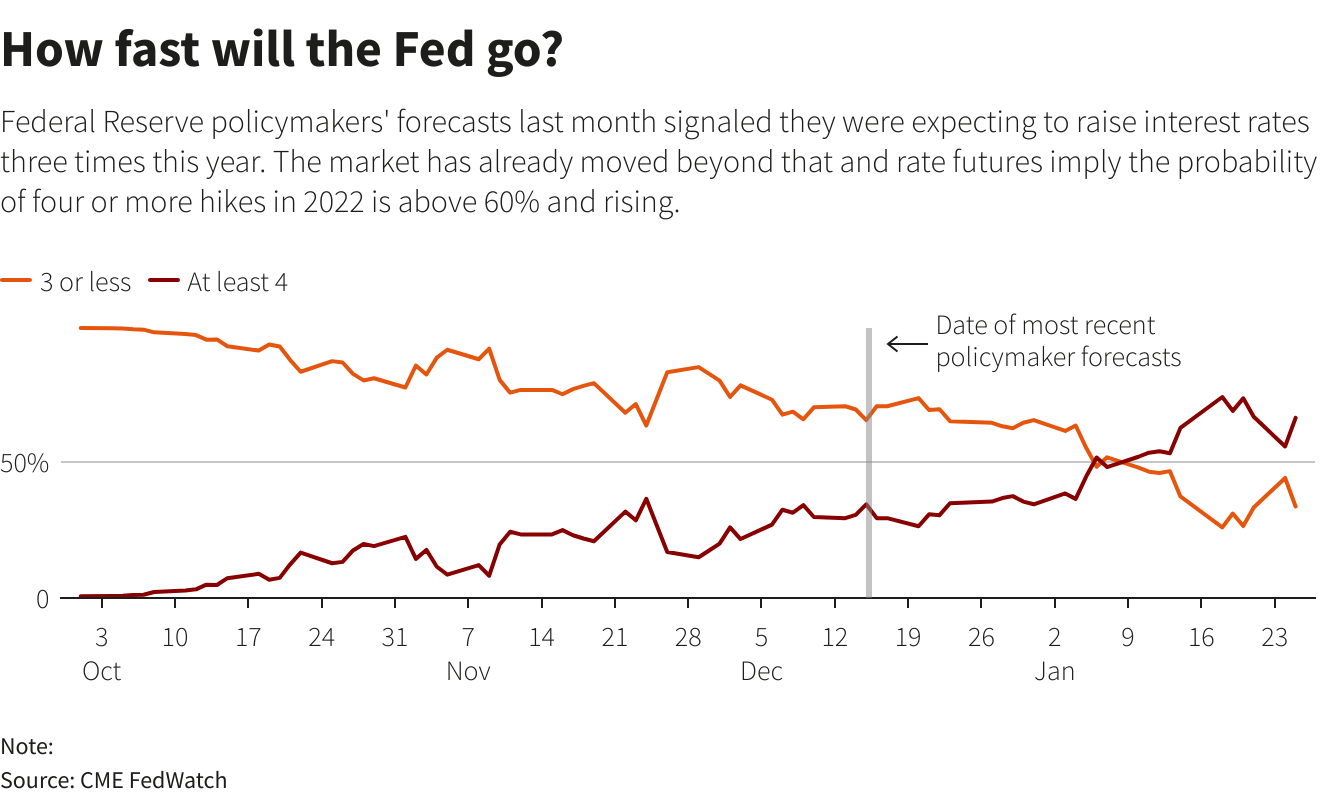 WASHINGTON, Jan 26 (Reuters) – The Federal Reserve on Wednesday said it is likely to hike interest rates in March and reaffirmed plans to end its bond purchases that month in what U.S. central bank chief Jerome Powell pledged will be a sustained battle to tame inflation.

“The committee is of a mind to raise the federal funds rate at the March meeting assuming that the conditions are appropriate for doing so,” Powell said in a news conference, pinning down a policy statement from the central bank’s Federal Open Market Committee that only said rates would rise “soon.”

Subsequent interest rate increases and an eventual reduction in the Fed’s asset holdings would follow as needed, Powell said, while officials monitor how quickly inflation falls from current multi-decade highs back to the central bank’s 2% target.

Much was left undecided, he told reporters after the end of the Fed’s latest two-day policy meeting, including the pace of subsequent rate hikes or how quickly officials will let its massive balance sheet decline.

But Powell was explicit on one key point: that with inflation high and for now apparently getting worse, the Fed this year plans to steadily clamp down on credit and end the extraordinary support it has provided to the U.S. economy during the coronavirus pandemic.

Since the Fed’s last policy meeting in December, Powell said, inflation “has not gotten better. It has probably gotten a bit worse … To the extent that situation deteriorates further, our policy will have to reflect that.”

“This is going to be a year in which we move steadily away from the very highly accommodative monetary policy we put in place to deal with the economic effects of the pandemic,” he added.