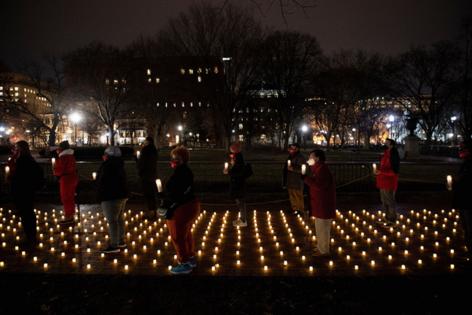 COVID-19’s deadly effects manifest long after some patients leave the hospital, according to a new study that points to the pandemic’s grave aftermath.

Hospitalized patients who survived at least a week after being discharged were more than twice as likely to die or be admitted again within months, scientists from the London School of Hygiene and Tropical Medicine and the University of Oxford found. The COVID survivors also had an almost five times greater risk of dying in the following 10 months than a sample taken from the general population.

The findings, published Tuesday in the journal PLOS Medicine, add to evidence that the pandemic’s effects on health and wellbeing extend well beyond an initial infection. A Dutch study on Monday showed that three-quarters of COVID patients treated in intensive care were still suffering fatigue, impaired fitness and other physical symptoms a year later, and one in four reported anxiety and other mental symptoms.

“COVID-19 isn’t just an acute respiratory viral illness — like a cold or some other inconsequential infection — that goes away in a few days or a few weeks,” said Ziyad Al-Aly, director of the clinical epidemiology center at the Veterans Affairs St. Louis Health Care System in Missouri, who has led similar studies in the U.S. “It carries serious long-term consequences, including higher risk of death.”