Pray for Former President Barack Obama and Our Dear Former First Lady Michelle Obama and Their Children, Malia and Sasha

Barack and Michelle Obama’s daughters Malia and Sasha have traded in life at the White House for the bright lights of Hollywood after relocating to the West Coast.

Both of the Obama girls were photographed in Los Angeles this week, with older sister Malia spotted taking a smoke break outside of her job and younger sister Sasha expressing herself through fashion on a walk through the City of Angels – where she is completing her college education, having transferred from the University of Michigan to a California school.

Earlier this year, it was reported that Malia, 23, had scored a position on the writing staff of a new Amazon project by Donald Glover, and she appears to have been on a break from her job yesterday when she stepped outside for a cigarette.

The former first daughter, dressed in a yellow sweater and green pants, looked at her phone and she puffed for a few moments in the West Coast sun.

Meanwhile, Sasha, 20, fully embraced the laid back Los Angeles lifestyle by sporting a funky outfit for a walk outside, layering overalls over a sleeveless top and a tie-dye patchwork zip-up sweater, which had risen up to show off a sparkling belly button piercing. 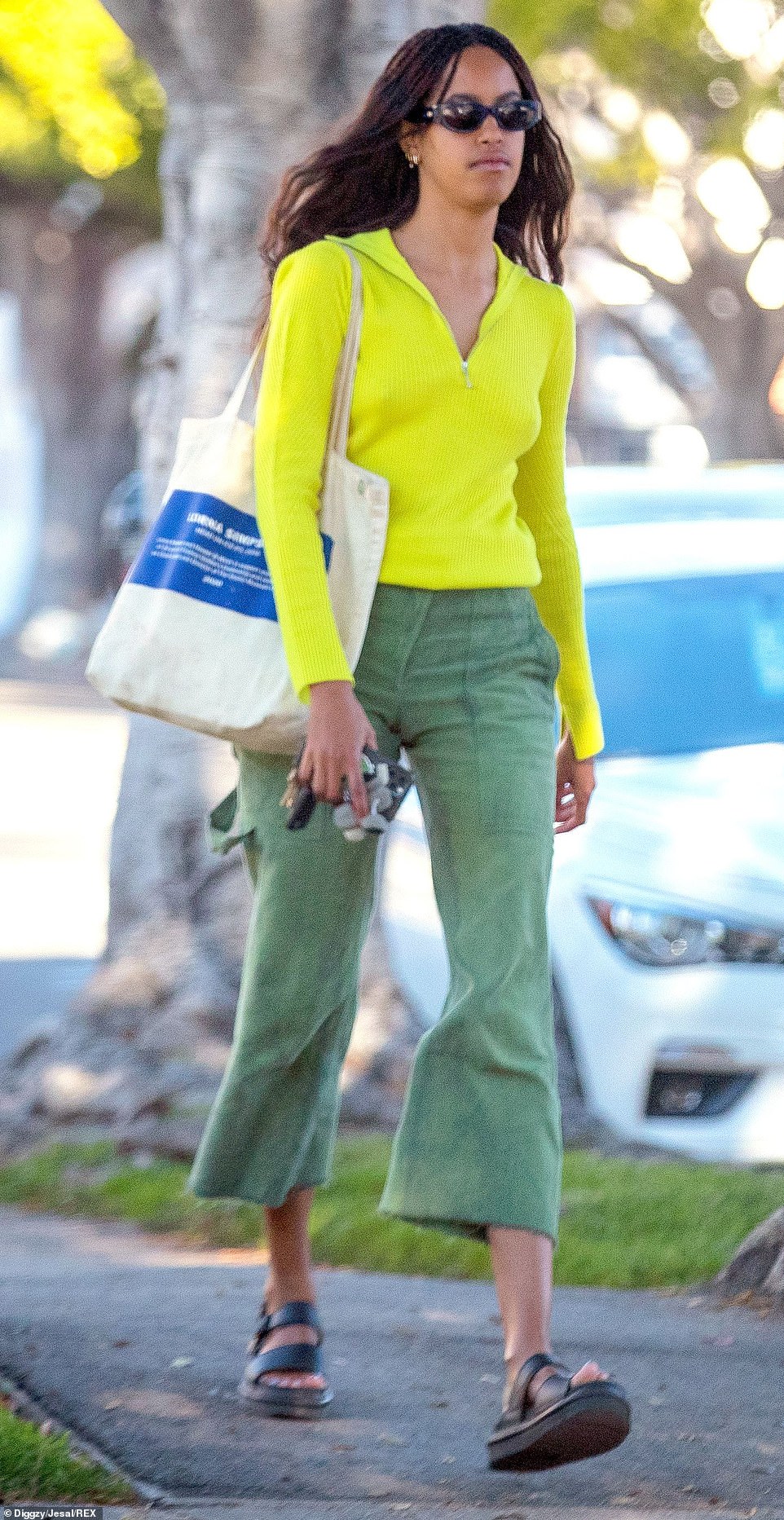 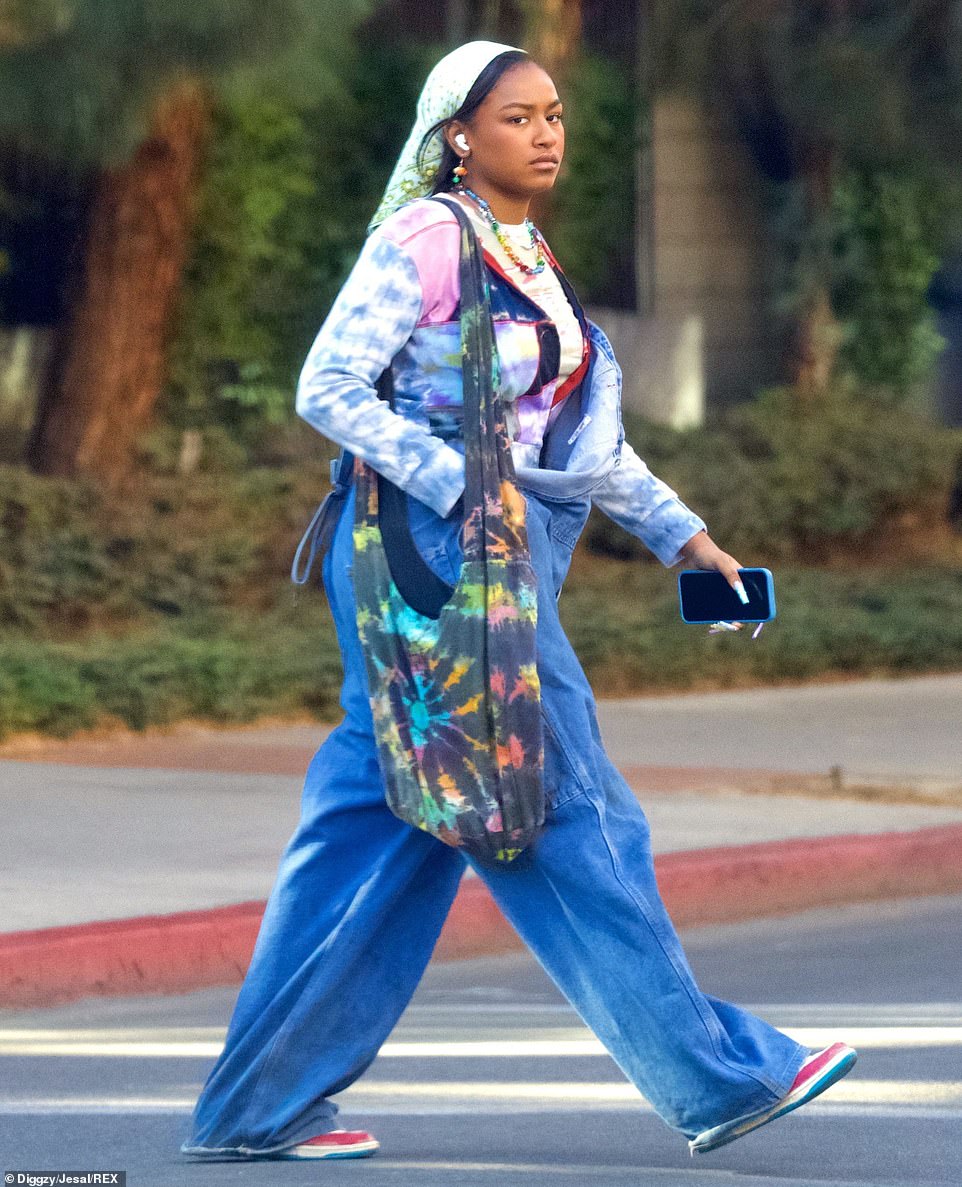