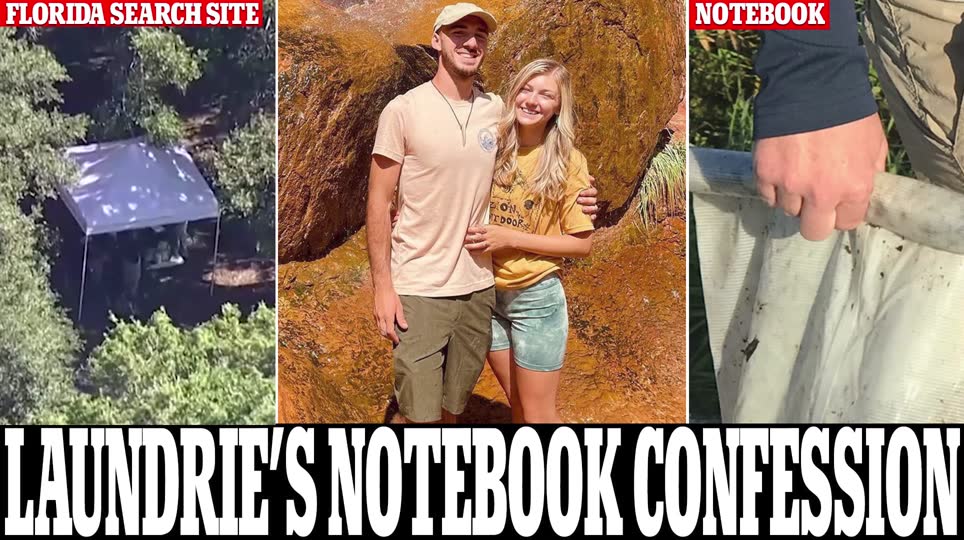 Brian Laundrie took responsibility for killing Gabby Petito in the notebook that was found near his remains more than a month after he went missing, the FBI has revealed. The notebook was found next to his body in the Carlton Reserve swamp near his parents’ home in North Port, Florida on October 20. He died of a single gunshot wound to the head, and along with the notebook, officers also found a backpack and a revolver. It’s not clear when he died. He had been on the run since September 13 after strangling Petito in Wyoming during their cross-country RV trip earlier this summer. His remains were found more than a month later after an extensive search of the swamp. In an announcement on Friday, the FBI said it was closing its investigation into Petito’s death after concluding that Laundrie did admit to it. The bureau did not say what specifically he wrote in the notebook claiming responsibility for Petito’s murder. The FBI opened its investigation into Petito’s disappearance after she was reported missing by her parents on September 12. At the time, she and Laundrie had been on a cross-country road trip in her white van. A massive manhunt ensued, and Petito’s remains were found on September 19 at the Spread Creek Dispersed Camping Area in the Grand Teton National Park in Wyoming near where she and Laundrie had last been seen together – and three weeks after she had last spoken to her parents. She died of blunt-force injuries to the head and neck and manual strangulation, according to the Teton County Coroner. She had been dead for three or four weeks before her body was discovered.