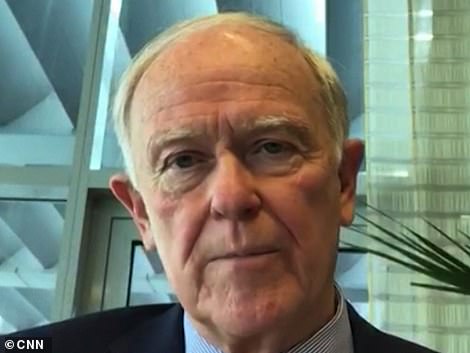 The president of Emirates has slammed the 5G fiasco as the ‘most delinquent, irresponsible’ mess he has seen in his 50-year aviation career and blamed it on Transport Secretary Pete Buttigieg, who he says knew about the impending chaos but failed to warn anyone in time to stop it.

AT&T and Verizon launched their 5G network across America on Wednesday morning, switching on 4,500 towers to bring faster wireless to their customers. They had to hold back on ten percent of the towers – 500 – that are near airports because the frequencies the towers emit could interfere with the signal on some planes.

Fifty airports have buffers to protect against it but some major airports like Denver, Atlanta, Boston, Memphis, and Houston do not.

On Wednesday, some airline passengers who were unaware of the fiasco showed up at airports ready to board their flights but were told they had been canceled.

In total, 239 flights to, from and within the US have been canceled so far. It’s unclear if all have been scrapped because of 5G, but the network launch is causing major issues.