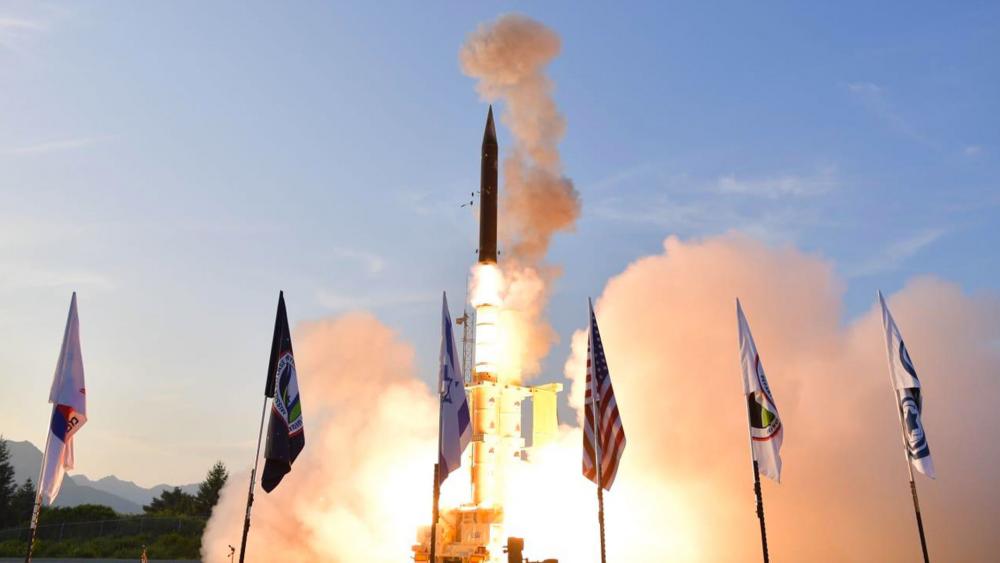 JERUSALEM, Israel – Israel’s Defense Ministry on Tuesday said it successfully completed a flight test of its Arrow-3 interceptor, which is designed to intercept a ballistic missile outside of Earth’s atmosphere.

The test was conducted early Tuesday morning over central Israel. It involved launching two Arrow-3 interceptors at a single target.

“The (Arrow Weapon System) operational radars array detected the target and transferred data to the battle management control (BMC), which analyzed the data and established a defense plan. After the defense plan was established, two Arrow-3 interceptors were launched toward the target and successfully completed the mission,” the Defense Ministry said in a statement.

The flight test was done in partnership with the US Missile Defense Agency (MDA) and the Israeli Defense Forces.

“This test was designed to challenge every element of the Arrow Weapon System, and it performed beautifully,” said MDA Director Vice Adm. Jon Hill. “MDA remains committed to assisting the Government of Israel in upgrading its missile defense capability against current and emerging threats.”