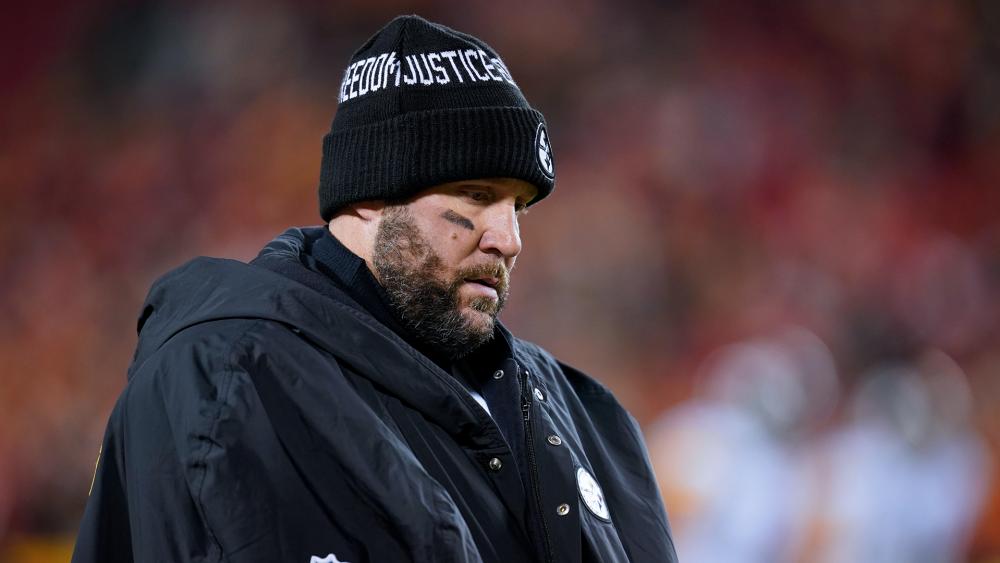 Pittsburgh Steelers QB Ben Roethlisberger says he’s ready for a new chapter in life with God at the helm.

Following his team’s 42-21 NFL playoff loss to the Kansas City Chiefs Sunday night in the AFC’s wild-card round, he told reporters in the post-game press conference that he’s been blessed to be able to play football, but he’s preparing to move on. “I’m going to do everything I can to be the best husband and father I can be and try to expand God’s kingdom,” he said.

Even though he’s not yet uttered the word “retirement,” the six-time Pro Bowl quarterback, who returned the Steelers to prominence with a pair of Super Bowl wins, sounded like he had played his last game in the NFL.

“It’s tough. I’m proud to have played with these guys,” he quietly told the assembled media. “God has blessed me with an ability to throw a football and has blessed me to play in the greatest city, Pittsburgh, with the greatest fans and the greatest football team and players, and it’s just been truly a blessing and I’m so thankful to him for the opportunity that he’s given me.”

Roethlisberger spent his entire NFL career of 18 seasons wearing the Steelers’ black, gold and white. The Miami University alumnus won 165 NFL games, threw for more than 64,000 yards, and kept the success going through hundreds of teammates along with plenty of controversy and drama.