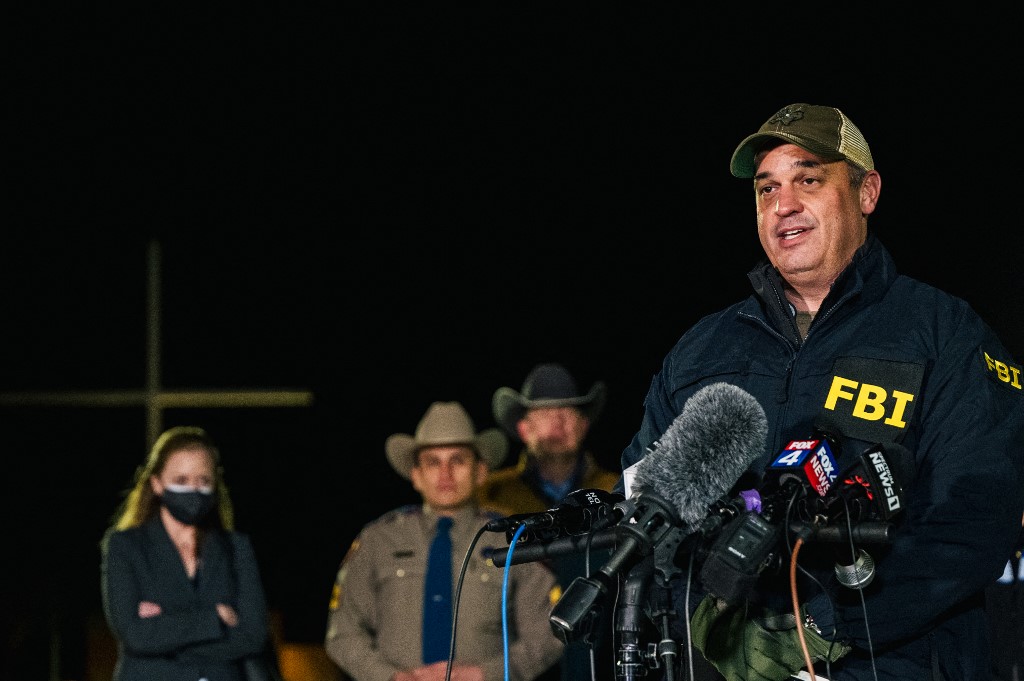 The FBI identified on Sunday a 44-year-old man suspected of holding four people captive for more than 11 hours this weekend inside the Congregation Beth-Israel synagogue in Colleyville.

Malik Faisal Akram is the sole suspect in the incident and there is no indication any other people were involved, said Matthew DeSarno, special agent in charge of the FBI’s Dallas office. The man, who died Saturday after the hostages were freed, was a British national, the FBI said.

All four hostages, including Rabbi Charlie Cytron-Walker, were released unharmed Saturday after a day-long standoff between Akram and authorities. Cytron-Walker has since released a statement saying he is “grateful to be alive.”

In Philadelphia on Sunday, President Joe Biden said the Colleyville hostage-taker had a gun during the standoff that he is alleged to have bought off the street. Biden said he had spoken with Attorney General Merrick Garland about the Colleyville incident and they were working to “address these types of acts.”

”This was an act of terror,” Biden said, adding that he doesn’t know the motive or why the Congregation Beth-Israel synagogue was targeted. DeSarno has said that the hostage-taker was “singularly focused on one issue” that was not related to the Jewish community.

The president praised local authorities and said he’d “put a call in to the rabbi” but indicated they hadn’t connected yet.

“Guns are — the idea of background checks are critical but you can’t stop someone from buying something on the street,” Biden said.

Colleyville police were called to the synagogue in the 6100 block of Pleasant Run Road about 10:40 a.m. Saturday and said they “observed an emergency situation that warranted evacuation of the surrounding areas.” That evolved into a SWAT operation less than an hour later.