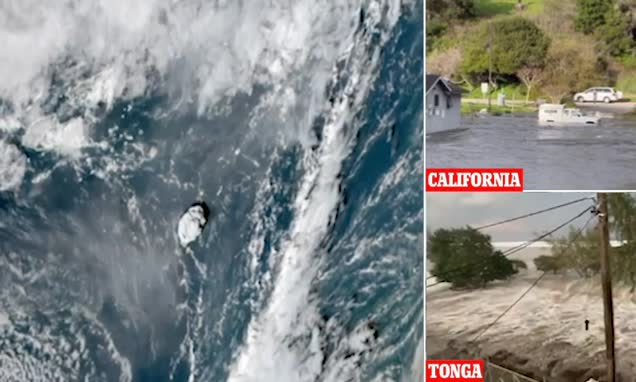 Waves of up to 4 feet were recorded in Port San Luis on Saturday, and tsunami-effect waves were recorded along the coast in California, Oregon, Washington, British Columbia, and Alaska. Despite the dire warnings, spectators flocked to the beaches to view the surging tsunami waves, and surfers threw caution to the wind to catch the powerful waves generated by the surge. Tsunami advisories were issued for Hawaii, Alaska and the U.S. Pacific coast. The U.S. Geological Survey estimated the eruption caused the equivalent of a magnitude 5.8 earthquake. Scientists said tsunamis generated by volcanoes rather than earthquakes are relatively rare. The powerful waves registered in Japan, New Zealand and Australia, with a thunderous roar heard 6,000 miles away in Alaska.