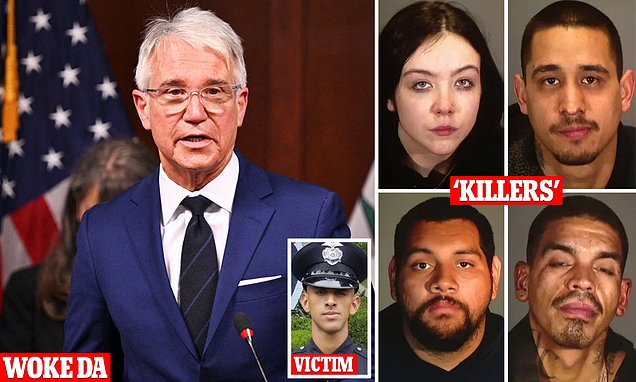 Woke Los Angeles District Attorney George Gascon is embroiled in yet another scandal after his own cops went over his head to ask federal prosecutors to charge the alleged killers of an off-duty LAPD officer.

LA County Sheriff Alex Villanueva sought out the federal prosecution for the four gang members accused of killing Officer Fernando Arroyos, 27, on January 10 over fears pursing them through Gascon could lead to lighter sentencing.

Last year, Gascon axed sentencing enhancements – such as membership of a gang – that would have seen Arroyos’ alleged killers potentially jailed for life if convicted. California law stipulates a sentence of 25 years to life without parole, whereas Gascon’s reforms would see killers offered parole after completing their sentence.

Arroyos was shot dead on his day off by three men and a woman connected to the F13 gang, it is alleged, and was targeted for the two silver chains he was wearing.

The federal charges they now face come with enhancements which automatically lengthen a sentence should the person be convicted to life without parole.