The punishments come as the Army has increased its bonus to join the force to $50,000 because the virus has made it more difficult to recruit in schools and at public events, and the competition for quality workers has intensified as young people weigh their options.

The Army did not specify the rank of the punished officers, though two battalion commanders were among those who were relieved of those duties.

In addition, 2,994 soldiers received written reprimands for refusing the vaccine out of the 3,611 troops who have yet to get the jab. 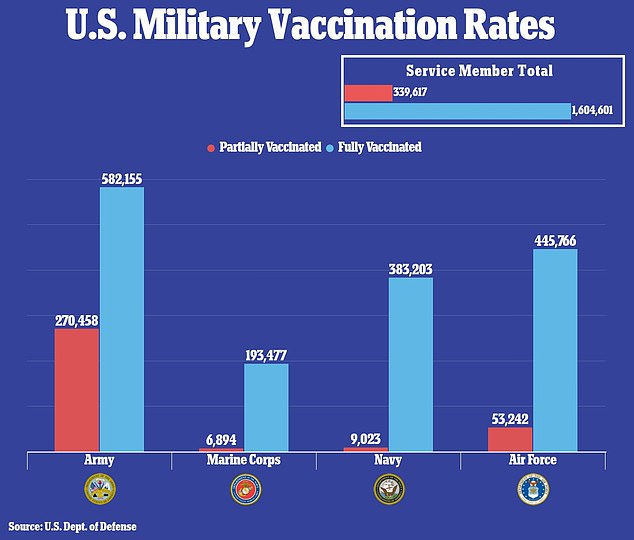 The Army has yet to initiate separations for soldiers refusing the vaccine as it expects further guidance this month.

There are about 57,000 officers serving at the level of captain or above in the US Army, meaning around 0.01 percent of commanding officers were punished for not getting the jab.