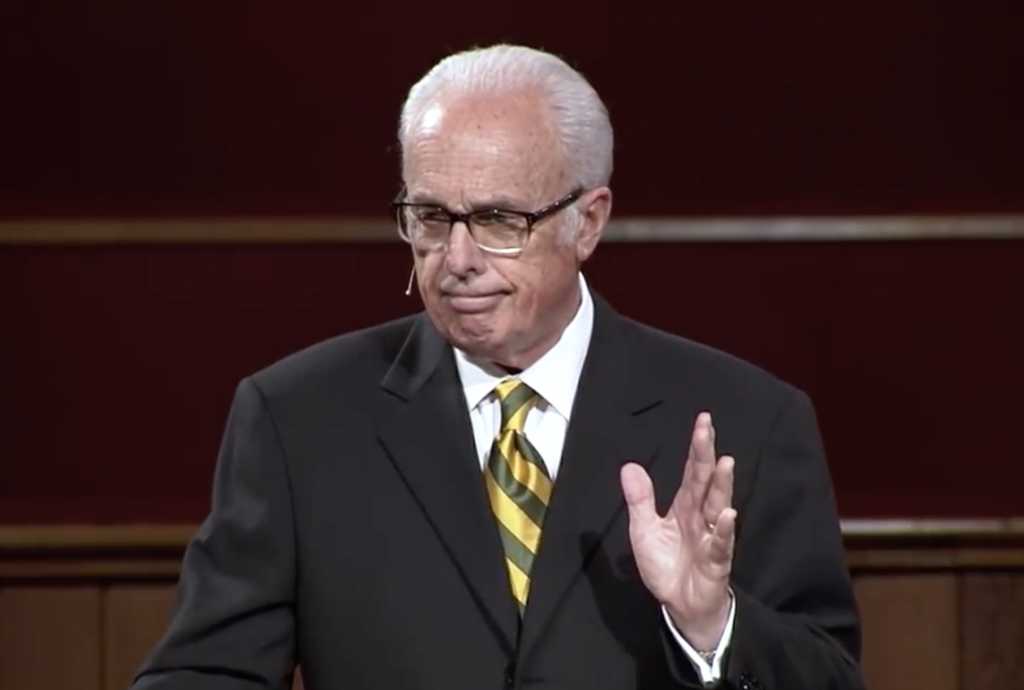 Critics unloaded this week, after a short clip of California-based Pastor John MacArthur talking about “religious freedom” went viral. The problem, though, is the video was deceptively edited.

In the video, MacArthur went on to say his church would not lobby the government regarding religious liberty.

“We’re not going to lobby for freedom of religion,” he told his congregation. “What kind of nonsense is that? We are in the world to expose all those lies as lies.”

Almost immediately, critics unloaded on the 82-year-old minister, who is prone to provocation.

Political and religious commentator David French condemned MacArthur’s words as “disturbing,” going on to accuse the preacher of “an astonishing arrogance” and “an astonishing lack of respect for dissent from his version of the truth.”

Brooke Medina, vice president of communications for the John Locke Foundation and a member of the Southern Baptist Convention’s resolution committee, also voiced her disagreement with MacArthur, writing: “Christian martyrs over the past two millennia would beg to differ, John.”

“You know what saying you don’t support religious freedom actually means?” she asked. “It means that you don’t believe your fellow image bearer is worthy of agency. It means you think so little of the kindness of God, which leads us to repentance, that you would prefer the force of the State.”

“It also means you prefer outward conformity over inward heart change,” Medina continued. “History is littered with bloody, heinous examples of powerful people who used their opposition of religious freedom to imprison and kill their detractors.”

That clip, however, was missing some key context.

In a lengthier video, it appears MacArthur was talking about the ways in which governments — particularly more leftist administrations — manipulate “religious freedom” to quash the rights of Christians.

“If the new administration supports religious freedom, get ready,” MacArthur said in a longer clip. “Persecution will be ramped up, because the more supportive they are of the devil’s lies, the less they’re going to tolerate the truth of Scripture.”

“We condemn every lie, and we call every person to this: there’s one true God, ‘Love the Lord your God with all your heart, soul, mind, and strength. You’ll have no other gods before Me.’ Right?” he continued. “There’s salvation in one name and one name only — that’s Jesus Christ.”

Overall, it seems as though MacArthur was urging his congregation to place their trust in God rather than earthly governments for the protection and advancement of the Gospel message, which is in line with past comments the preacher has made.

In a later sermon delivered in March of last year, MacArthur made the subjective argument “religious freedom” claims from a secular government ultimately secure liberties for every belief outside Christianity:

When MacArthur first made the comments, ethics and pubic theology Professor Andrew Walker said that, while he understands the point MacArthur is making, he feared his comments could be misunderstood by a wider audience.

“More specifically, he was talking about the habit of secular governments to up the persecution in this country every time those governments claim they support religious freedom,” he continued. “[Former President Barack] Obama was big into ‘religious freedom’ while he was suing nuns.”

“[California Gov.] Gavin Newsom loves him some religious freedom and shut down churches,” the radio host added. “When the world starts talking about ‘religious freedom,’ it tends to mean ‘we’re coming for you, Christians.’”

You can watch MacArthur’s entire sermon below and decide for yourself: