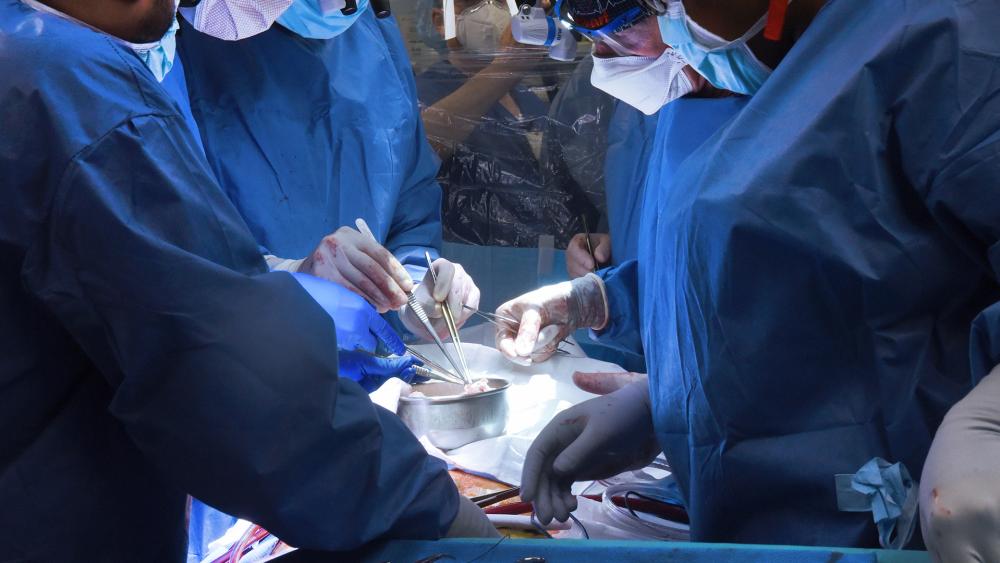 On Monday, the world learned of the so-far successful transplant of a pig heart into a patient in a last-ditch effort to save his life.

David Bennett, 57, received the highly experimental transplant last Friday at the University of Maryland Medical Center. Doctors gave him the genetically modified pig heart as a last-ditch effort to save his life.

According to reports, Bennett continued to recover Tuesday, four days after the experimental surgery.

His condition — heart failure and an irregular heartbeat — made him ineligible for a human heart transplant or a heart pump, doctors said.

Because of the shortage of human organs donated for transplant, scientists have been trying to figure out how to use animal organs instead.

Doctors at the medical center say the transplant shows that a heart from a genetically modified animal can function in the human body without immediate rejection.

But Dr. R. Albert Mohler, president of The Southern Baptist Theological Seminary – the flagship school of the Southern Baptist Convention – has called out the animal-to-human transplant procedure, saying “there are several very important issues of medical ethics that even the secular world acknowledges.”

The Baptist leader went on to acknowledge the thousands of Americans who owe their lives to a heart valve that came from a pig. Why pigs? Because there has been less human body rejection of pig parts than from any other species.

However, Mohler recognizes this transplant operation into a human chest was different, writing the pig’s whole heart had been “genetically altered” to make the human body’s defense system accept the new organ.

“One other big issue that even the secular world recognizes is the danger of passing on genetically-altered traits,” he wrote.