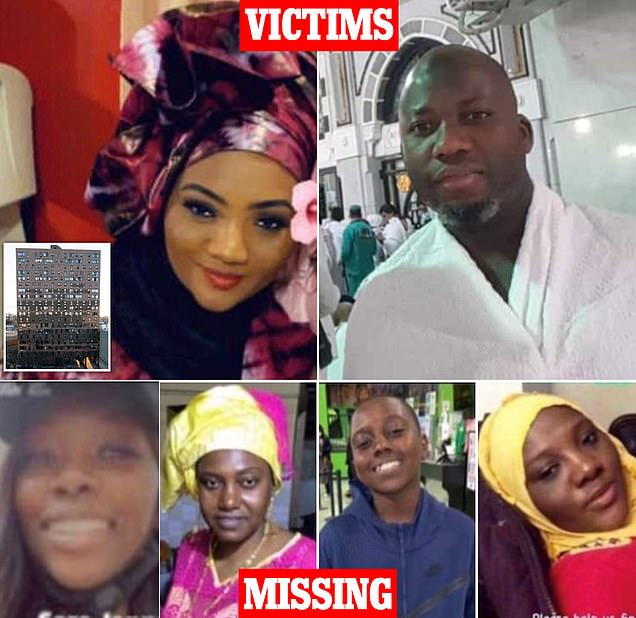 A husband and wife have been named as victims of the Bronx apartment block fire that killed 17, with stricken families also sharing photos of their missing loved ones in the hopes of tracking them down.

The deaths of Hagi Jawara, 41, and his wife Isatou Jabbie, 31, were confirmed Monday evening but Hagi’s brother, Yusupha Jawara.

Other family members and friends have shared photos of their loved ones online, in a desperate bid to track them down after Sunday’s blaze at the Twin Parks North West Complex in the New York borough, which was triggered by a space heater.

Fatoumata Drammeh, 50, was killed in the fire, her sister Koumba told DailyMail.com, as well as her three children: daughters Fatoumala, 21, and Aisha, 19, and son Mohammed, 12.

‘They’re such a nice people, they’re so lovely,’ said Koumba Drammeh of her sister, nieces and nephews. ‘We’re gonna miss them a lot.’