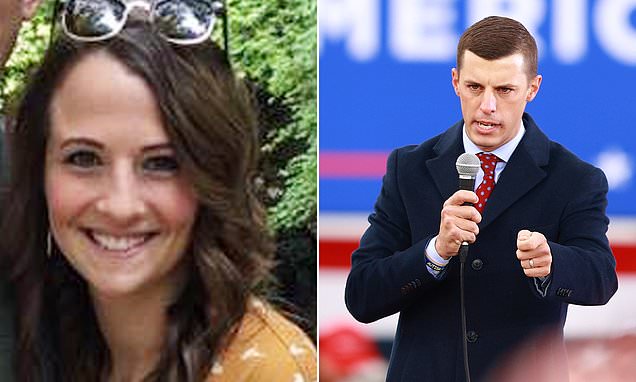 A sister-in-law of Michigan’s former House Speaker has been identified as the woman who has accused the Republican lawmaker of raping her for more than a decade – with the sexual abuse starting when she was a 15-year-old student at a Christian academy where he was a teacher.

Rebekah Chatfield, 26, came forward to detail her ordeal after filing the criminal complaint against Lee Chatfield last month, accusing Michigan’s youngest House speaker in more than a century of sexually assaulting her multiple times while she attended Northern Michigan Christian Academy, which was run by his family.

Lee Chatfield, 33, who was elected in 2014, was the House Speaker in 2019 and 2020 and headed the delegation of seven Michigan GOP leaders who met with then-President Donald Trump at the White House as he tried to overturn Democrat Joe Biden’s win in the state.

The abuse by the married politician, who left office in 2021 due to term limits, continued through last year, according to the complaint.

Michigan police on Thursday said they are investigating her allegations.