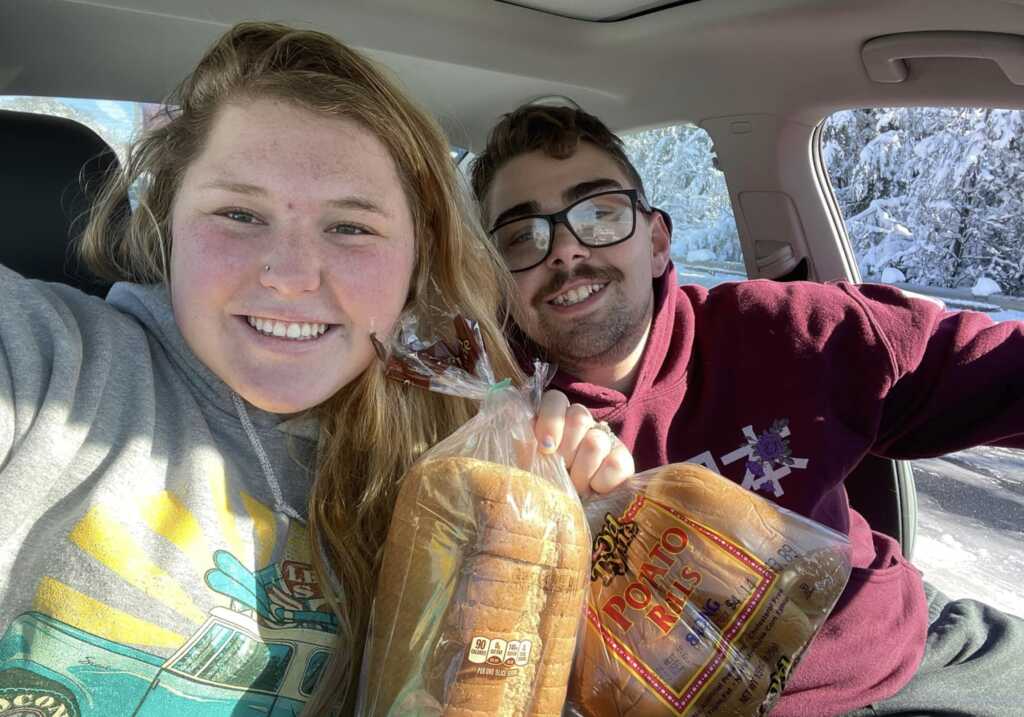 The now-infamous crisis on Virginia’s I-95 earlier this week left scores of travelers stranded for up to a day or more and captured a plethora of headlines.

But now that the cars have been cleared, it’s the stories of kindness and goodwill that are starting to grab attention.

Among those acts of kindness comes an account from a 23-year-old woman named Casey Noe. Noe and her husband, John, 24, were stranded on 95 South for more than 21 hours.

With no food or water and with no escape in sight, they were clearly in need.

The couple was on their way from Ellicott City, Maryland, to North Carolina, to see family members before they move to Germany next week for John Noe’s job with the Air Force, as WRC-TV noted.

“We were tired, frustrated, and hungry,” Noe wrote on her Facebook page. “Many of the people stuck out here had small children, were elderly, had pets in the car, and hadn’t eaten in almost a whole day.”

That’s when she noticed that a Schmidt Baking Company truck was also stranded nearby.

Taking matters into her own hands, she reached out to the company — and their response “was one of the kindest moments” she has ever witnessed.

“We reached out to Schmidt Baking Company and begged them to open their truck that was stuck out here with us. We didn’t think it would actually work, but less [than] 20 minutes later we got an incredible surprise,” Noe wrote. “We received a personal call from the owner of the company Chuck who contacted the driver.”

And that driver — a man named Ron Hill — opened up the truck and passed bread out to more than 50 cars trapped on the road. It’s not quite a “loaves and fishes” moment, but it’s certainly a notable act of kindness and goodwill!

The man Noe referenced in her Facebook post is Chuck Paterakis, who owns H&S Bakery, the parent company of Schmidt Baking. He said his company was happy to help the trapped motorists.

“It was an easy decision,” Paterakis told The Washington Post, adding that he’d want a company to do the same for him if he were stranded. “We’re very humbled and grateful that we could help.”