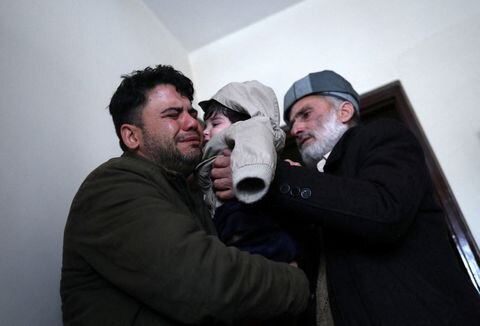 KABUL, Afghanistan, Jan 8 (Reuters) – An infant boy handed in desperation to a soldier across an airport wall in the chaos of the American evacuation of Afghanistan has been found and was reunited with his relatives in Kabul on Saturday.

The baby, Sohail Ahmadi, was just two months old when he went missing on Aug. 19 as thousands of people rushed to leave Afghanistan as it fell to the Taliban.

Following an exclusive Reuters story published in November with his pictures, the baby was located in Kabul where a 29-year-old taxi driver named Hamid Safi had found him in the airport and took him home to raise as his own.