Atheists Are Angry at Nancy Pelosi’s Jan. 6 Prayer Vigil; They Call it ‘Improper’ 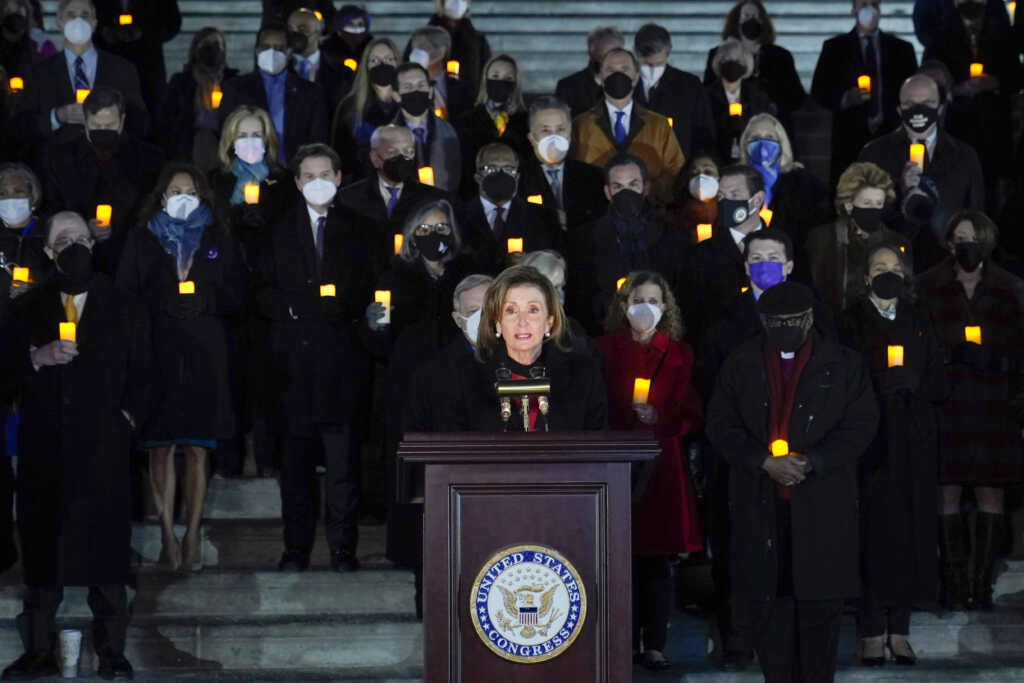 Democratic House Speaker Nancy Pelosi (D-Calif.) rebuffed demands from an atheist activist group that she “call off” a planned prayer vigil to mark the first anniversary of the Jan. 6 riots at the U.S. Capitol.

The Freedom From Religion Foundation (FFRF), an atheist activist group headquartered in Madison, Wisconsin, recently implored Pelosi to abandon the prayer event and replace it with a statement “condemning Christian nationalism.”

The organization fired off a letter proclaiming that the vigil would be unconstitutional and that it would be “counterproductive to an event called for the purpose of unifying the nation,” according to a FFRF press release.

“We commend you for holding a series of events this week as part of a ‘solemn observance’ of the attack and how close our nation came to losing our democracy,” the letter read. “But holding a religious service to mark this dark anniversary is doubly wrong.”

This evening, I joined Members of Congress on the steps of United States Capitol for a prayer vigil in remembrance of the lives lost and impacted by the #January6th insurrection. pic.twitter.com/nW6HgWtOUl

The text went on to say that the First Amendment disallows government officials from using their positions to “endorse a religious message.” The FFRF said the event should be secular and unifying, and that Pelosi’s endorsement of prayer made it seem as though she elevated religion above non-religion.

“As Speaker of the House, your letter announcing the official prayer vigil encourages your colleagues to likewise mix their personal religion with their governmental duties,” the letter continued. “This improper marriage of state
and church is precisely what the Establishment Clause prohibits.”

Despite these pleas, Pelosi appeared undeterred in her Jan. 6 plans; the prayer vigil unfolded Thursday night as planned. Video posted to Pelosi’s YouTube page shows members of Congress coalescing on the steps of the U.S. Capitol with candles in hand.

The proceedings commenced with a prayer from Bishop Michael Curry, Presiding Bishop over the Episcopal Church:

“Let us pray,” Curry began. “Eternal God of whom the Bible speaks and says that You are love. You are the source of all that is good and just and true and compassionate.”

The preacher went on to ask for God’s help in our “troubled times” and prayed for those “traumatized and troubled by the painful events of one year ago and all that has continued since.”

He also mentioned the U.S. as being “one nation under God” before Pelosi took to the podium to deliver her own remarks and to call for a moment of silence.

“On behalf of the distinguished Democratic leader of the Senate, all of our colleagues from the House and Senate, we prayerfully mark one year since the insurrection, and patriotically honor the heroes who defended the Capitol and our democracy that day,” she said. “Let us all here join in a moment of silence in memory of those who lost their lives and sacrificed so much for our democracy that day.”

Strong debate has surrounded Jan. 6 and this year’s anniversary events, with supporters of the commemorative remembrance proclaiming that the U.S. must never forget what unfolded. Critics, though, dismissed Pelosi’s event and others like it as political theater aimed at distracting the nation from current struggles.

Regardless of where one stands, one thing remains clear: Pelosi ignored the FFRF’s quest to halt prayer.