‘No red carpet and no point’: Damning verdict on the tarnished Golden Globes after years of mismanagement and alleged sexist and racist behavior by its organizing body leads to a Tinseltown boycott 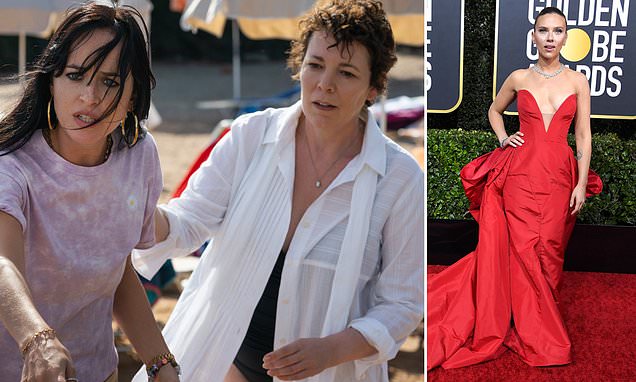 There will be no celebrities, no red carpet and no prime-time show from the American TV giant NBC. Most major PR firms, with the exception of Sunshine Sachs have blacklisted the event. The event will not even be live-streamed and Netflix has refused to allow the ceremony to air clips of its films, including The Power Of The Dog, starring Benedict Cumberbatch, who is favourite for the Best Actor award, which will be couriered to him tomorrow if he wins. There are no presenters and the winners will be announced by press release at the end of a 90-minute ‘socially distanced’ event in the Beverly Hilton Hotel. Pictured second left: Olivia Colman, and right: Scarlett Johansson