Bonnie Kristian on ‘Give Us a King’: Lessons From the Capitol Sedition: Samuel’s Message to Israel About Unchecked Power Stands True Today. We Should Listen. 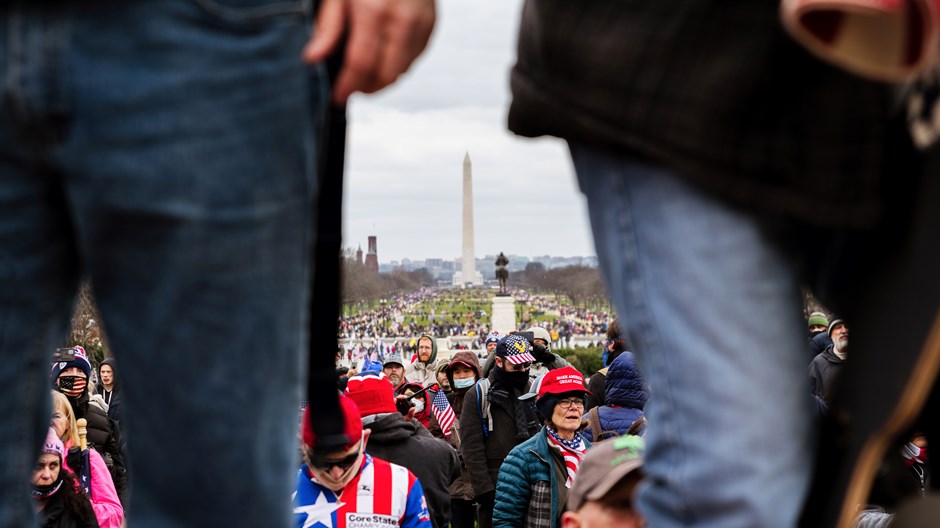 When the prophet Samuel grew old, he made his sons the leaders of Israel in his stead. But his sons were corrupt, and the people were soon discontent with their unjust rule. “Give us a king to lead us,” the elders said. Samuel was offended, but he took the request before God.

“It is not you they have rejected, but they have rejected me as their king,” God replied, giving Samuel a solemn warning to pass along to the people before the deal was done: The king will conscript your sons to his armies and your daughters to his household. He’ll tax away the best of your harvests and lavish the fruits of your work on his friends. He’ll take whatever he wants from you and require your fealty, and when you “cry out for relief from the king you have chosen, but the Lord will not answer you in that day,” because such abusive authority is a result of a fallen, human king (1 Sam. 8:1–22).

The contrast in God’s admonition isn’t between kingship and some other form of human government. Rather, it’s between a king who rules as he pleases in his own right, and a prophet-judge who acts under delegated temporary, limited authority from God. But God’s warning to Israel about concentrated, unchecked power holds true today, and it’s a characterization that keeps coming to my mind as we approach the one-year anniversary of the Capitol sedition on January 6, 2021.

Politics is most basically about power, of course: who holds it and what they do with it. But the way Americans have talked about power over the past year is unusual for our country in living memory. We were trending this way already, yet January 6 feels to me like a tipping point.