It Is Reported That Florida Sheriff’s Deputies Who Left Their Six-week-old Son Orphaned When They Killed Themselves Were ‘Joy-filled First-time Parents’: Friends Say They Don’t Know Why Father Took His Own Life Before Girlfriend Committed Suicide 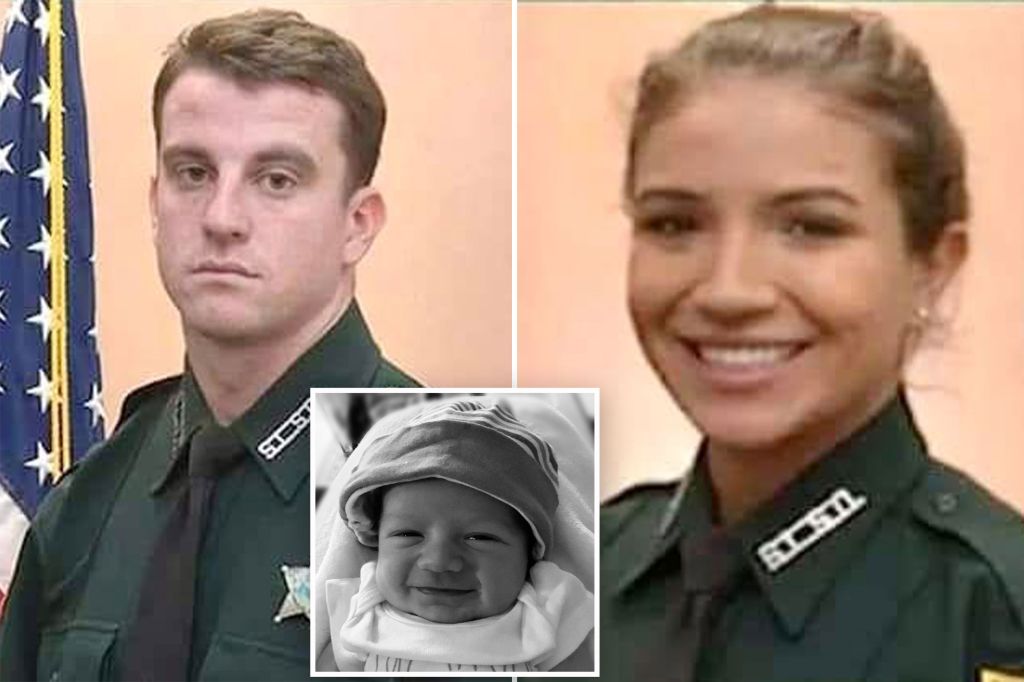 Shortly before midnight on New Year’s Eve Lucie Sheriff’s Office Deputy Clayton Osteen, 24, attempted suicide but survived and was taken to a hospital. His family later made the decision to remove him from life support.

Two days after Osteen’s fatal suicide attempt, his partner, colleague and the mother of his one-month-old son, Victoria Pacheco, 23, took her own life. A GoFundMe page set up to raise money for the couple’s son Jayce said: ‘Tragically, for reasons completely unknown and totally out of character, Clayton took his own life December 31st, 2021.

‘Reeling from the shock of loss, Victoria took her own life two days later.’ It continued: ‘Clayton and Victoria were joy-filled, first-time parents excited about their growing family, enamored with their baby Jayce, and so in love with each other.’

Now family and friends reeling from the loss are expressing shock at the parent’s choice to end their lives, saying they were as happy as ever after welcoming their new baby and that the reason behind the drastic actions are unknown.