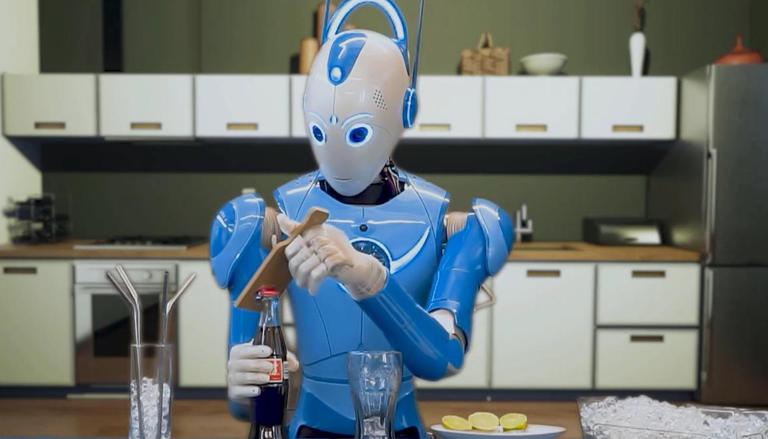 Beyond Imagination, in conjunction with Zero Gravity Corporation (ZERO-G), will be showcasing its cutting-edge “Beomni” humanoid robot at the January 2022 Consumer Electronics Show. This will be the first time the robot has been shown to the general public.

“I’ve been involved and taken ZERO-G flights with Dr. Peter Diamandis since the inception of ZERO-G. They are an ideal partner for BEYOND IMAGINATION,” says Dr. Harry Kloor, Founder and CEO of BEYOND IMAGINATION, “because our remote-piloted robot has the dexterity to perform any task and even learn to execute complex sequences autonomously, saving time and reducing risk.”

Beomni is one of the world’s most advanced general-purpose humanoid robots, with an evolving “AI Brain” that enables it to assist its human pilot in performing a limitless number of tasks.

For example, Beomni can help perform scientific experiments in challenging environments such as microgravity. Working together with ZERO-G, BEYOND IMAGINATION plans to deploy custom versions of its robot that can perform experiments in the ZERO-G aircraft while experimenters remain safely on the ground. Leveraging Beomni’s low-latency remote video feed and natural controls, experimenters will be able to manipulate their equipment from afar as if they are actually on the aircraft. Adds Dr. Kloor, “as a scientist experienced with microgravity experiments, I know that the ability to manipulate a microgravity experiment from the ground is a game-changer. Our partnership will enable more complex actions to be performed and multiple experimenters to participate.”