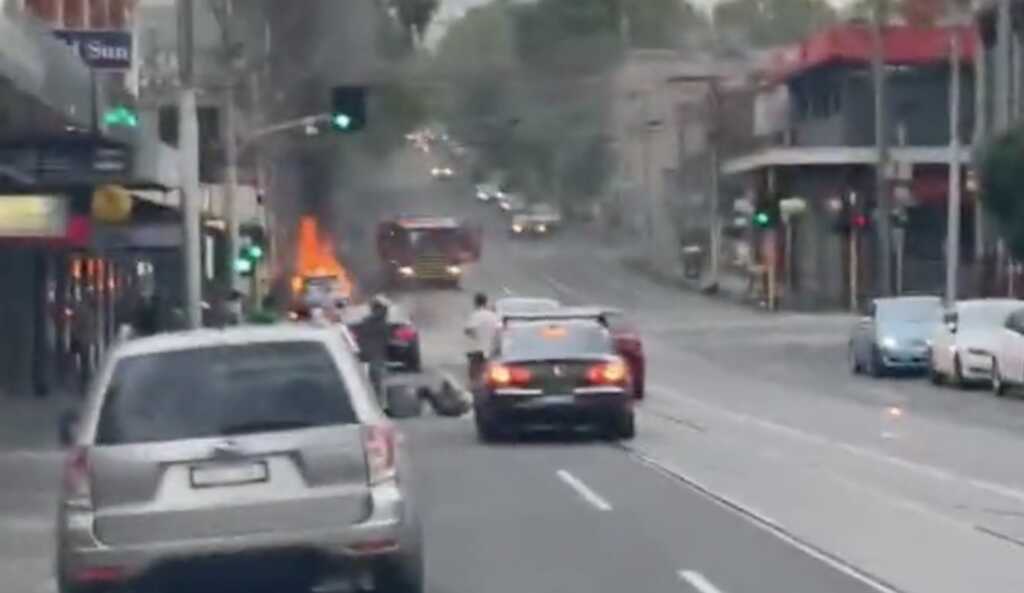 An Australian man set himself on fire after condemning the draconian pandemic-related restrictions in his country.

Eyewitnesses of the disturbing incident told local media outlets the unidentified man was shouting expletives about the new vaccination mandate in Victoria moments before setting himself and his car on fire.

One woman, Lydia O’Connor, told the Herald Sun the man was “screaming about mandates,” according to Complex.

She then claimed to watch the man pour gasoline on his vehicle and himself before lighting a fire.

“It was on purpose,” O’Connor said.

A #Victorian man set himself on fire inside his car while screaming about #COVID19 vaccine mandates.

Shocked bystanders pinned down the man as police and firefighters doused him with water and rushed him to the hospital with life-threatening injuries#auspol #Melbourne #victoria pic.twitter.com/gfcZpx9f9h

“His skin was burning,” said an other unnamed witness. “His skin is stuck to my shirt. He was just off his face [intoxicated] screaming about the vaccine mandates.”

According to a social media post purportedly showing the incident, bystanders who saw what was happening pinned the man down while firefighters extinguished the fire. He was then reportedly taken to the hospital.

In Victoria, all workers are required to be fully vaccinated and patrons of any stores, bars, restaurants, or any other businesses must show proof of vaccination in order to enter the respective facilities.

The man has not yet been identified by police.