Openly homosexual CNN anchor Don Lemon launches drunken NYE rant at his ‘haters’ during live celebration stream, saying ‘You can kiss my behind’ – and claims he gets trolled because he’s a ‘successful black man’ 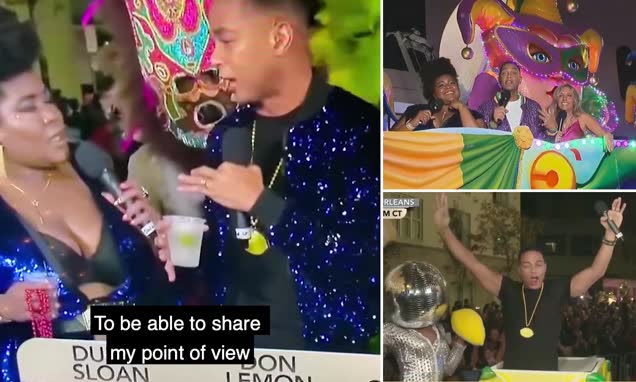 Veteran TV host Don Lemon drunkenly ranted during CNN’s New Year’s Eve Live From New Orleans: ‘I don’t give a – what you think about me, what do you think about that. I’m a grown, successful black man who a lot of people hate because they’re not used to people seeing me in the position that I am.’ Lemon appears to be no stranger to scandal. Last month Jussie Smollett testified that Lemon warned him Chicago police did not believe his story. It was before he was arrested for allegedly lying to police about being attacked back in February 2019 but Lemon ignored the testimony. Then in August 2019 Dustin Hice, 41, sued Lemon over sexual assault allegations and branded CNN as a ‘predator protecting machine’. Lemon was alleged to have ‘put his hand down the front of his own shorts, and vigorously rubbed his genitalia,’ according to a lawsuit.