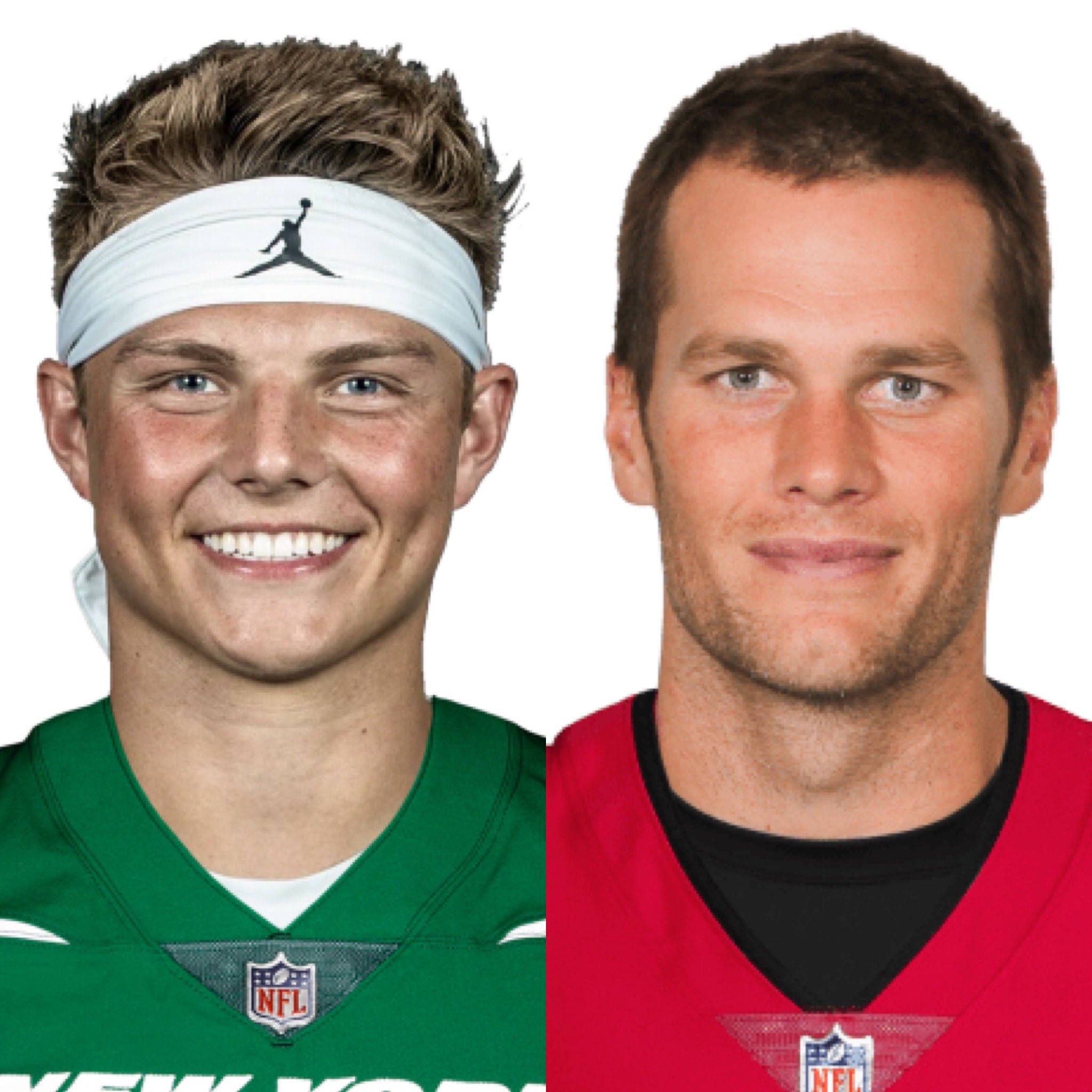 Tom Brady was beginning his senior season at Michigan when he celebrated his 22nd birthday, a fresh-faced quarterback who was eight months away from being an unheralded sixth-round draft pick.

“It’s funny because I think I’ve known that since elementary school or something,” said a smiling Wilson, the New York Jets’ rookie quarterback. “It was always something I thought was kind of cool.”

When Brady’s Tampa Bay Buccaneers come to MetLife Stadium to take on Wilson’s Jets on Sunday, it will mark the largest age gap between starting quarterbacks since at least 1950, according to NFL Research.

That has happened a few times lately for the 44-year-old Brady, including when he faced New England’s 23-year-old Mac Jones in Week 4. And then again a few weeks later when he took on Chicago’s 22-year-old Justin Fields. Wilson is five months younger than Fields, so history will be made again Sunday.

Brady is 30-8 in his career against the Jets, including 1-1 in the postseason, but this is the first time he’ll play against them since joining the Buccaneers (11-4).

New York has at least two dozen players on its active roster that have never played against Brady. So it’s new territory for many Jets — some of whom might need to fight the urge to feel a bit star struck when they see the seven-time Super Bowl champion.

“To be able to witness that as you’re growing up, him win no matter the circumstance or situation and then to line up across from him, that’s something a lot of people dream about,” said 27-year-old defensive tackle Sheldon Rankins, who has been on the field against Brady twice while with New Orleans.

“Then to be able to do it, for a split-second, guys can really sit there and be like, ‘Wait a minute, that’s Tom Brady,’” he added. “It’ll happen to somebody, but when the bullets start flying, it’s football. It’s time to go win a game.”

Easier said than done, of course. Especially with Brady and the Buccaneers looking to improve their playoff standing from the NFC’s No. 4 overall seed. They clinched the NFC South title last week and are still in the running for a first-round bye.

But first the Bucs need to get past Wilson and a bunch of young bucks.

“He is Tom Brady, but you’ve got to treat him like a nameless, faceless guy,” Rankins said, “and go out there and go through your progressions, go through your keys and play football the way you’ve played football your whole life.”

Wilson set a few franchise records in the Jets’ 26-21 victory over Jacksonville last Sunday — with his feet instead of his arm.

His 91 yards on four carries set the team’s mark for quarterbacks, and his 52-yard TD run was the longest rush — scoring or not — by any QB in Jets history. It all contributed to New York running for 273 yards, the most by any team this season.

It might be a bit tougher getting the run game off the ground this week: The Buccaneers have the No. 2 rushing defense.

“Missing B.A. is not a problem … because all the coaches know what to do,” Goodwin said. “My job is just to be here (and) manage everything until B.A. makes his return.”

Goodwin is in his 17th season as an NFL assistant and has spent most of that time working under Arians, who’s in his third year with Tampa Bay. The 48-year-old has aspirations to one day run his own team.

“There are a lot of good coaches out here in this National Football League that are good leaders, they just don’t happen to call plays, like myself,” Goodwin said. “I do want that. Hopefully one day it will come my way.”

Jets coach Robert Saleh can relate to what Arians is dealing with after missing the game against Jacksonville while recovering from COVID-19.

He quarantined at a New Jersey hotel and tight ends coach Ron Middleton ran the team at practice and on game day in his absence, but Saleh was back on the field Wednesday and said it felt “like the first day of school.”

Sunday will be a homecoming of sorts for former Jets coach Todd Bowles, the defensive coordinator for the Bucs. He was the secondary coach for New York in 2000 and went 24-40 as head coach from 2015-18.

Tampa Bay’s defense has been short-handed much of the season because of injuries, but is getting healthier and showing signs of reverting to the dominant form that was a big part of last season’s Super Bowl run.

The Bucs haven’t allowed a touchdown the past two games, allowing three field goals in a 9-0 loss to New Orleans and two more field goals in a 32-6 win over Carolina. The unit had seven sacks, boosting its season total to 44 — tied with Minnesota for the second in the league.