Former ‘The View’ Host Paula Faris Reveals Why She Left Television and Is Now on a Mission to ‘Shine Her Light’; She Says ‘My Purpose Is to Love God and Love People’ 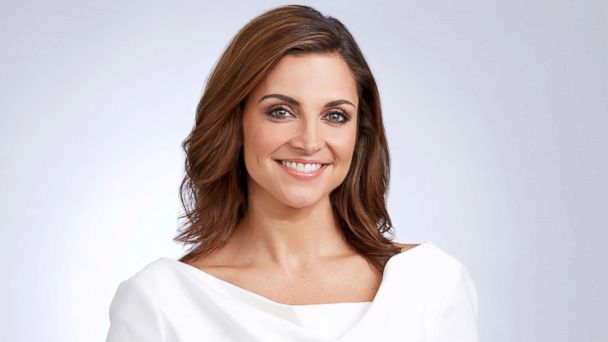 Journalist Paula Faris has had a fascinating career at ABC News, anchoring and hosting shows like “Good Morning America Weekend” and “The View.”

But after leaving her broadcasting success behind, she’s now focused on more fully living out her mission to “love God” and “love people.” If this seems like a familiar clarion call, it should. These are the two central commandments Jesus gave to all believers, as evidenced in Matthew 22:36-40.

Faris, who openly speaks about her Christian faith, has been on an exciting mission to live out these values in new and unique ways.

She’s the founder of CARRY Media, a new company that seeks to “amplify the story of the working mom,” and the host of “The Paula Faris: Faith & Calling Podcast,” where she speaks with influential believers and media leaders.”

When asked what sparked her newfound media journeys, Faris said the path was paved through authentic faith and trust in the Lord.

“Wherever I’m called, my purpose is truly to love god love people and shine my light,” she said.

Listen to Faris discuss her family, her decision to leave her anchoring gigs behind — and her mission statement for the future:

On her podcast, she speaks with people about what they have been called to do and who they are called to be. She also puts her journalistic skills to use, exploring important media stories her fans will care about.

Most recently, Faris released her “21 of ’21” series, which focused on the most important and intriguing people, places, and things of the past year.

Listen to the third part of the series (and hear the rest here):

Faris’ renewed mission is fueled, in many ways, on the lessons she learned during her busy TV career.

“My own personal experience, I forgot what I was doing and who I was doing it for and it became more about the accolade and the achievement in the spotlight and the accomplishment,” she said. “And I lost track of it and I think it’s just natural, because [of] the way our society is wired.”

So, Faris decided to walk away from it all, explaining that it wasn’t an easy choice. She struggled to understand why she would be called into something and then suddenly called out of it.

She pumped the brakes on her career when she was at the top of her game, then she wasn’t re-signed to her contract. It was the “nudge” she needed from God to move into other directions — and she hasn’t looked back.

Faris and her family left New York City for South Carolina, and she was able to fully transform her life and priorities.

“Our family is first. I’m able to be a mom first,” she said. “And my hustles then fit into that.”

Faris also broke down combatting fear, pressing into uncertainty, and her plans for CARRY Media. Watch Faris discuss her life, career, and passion for the gospel here.