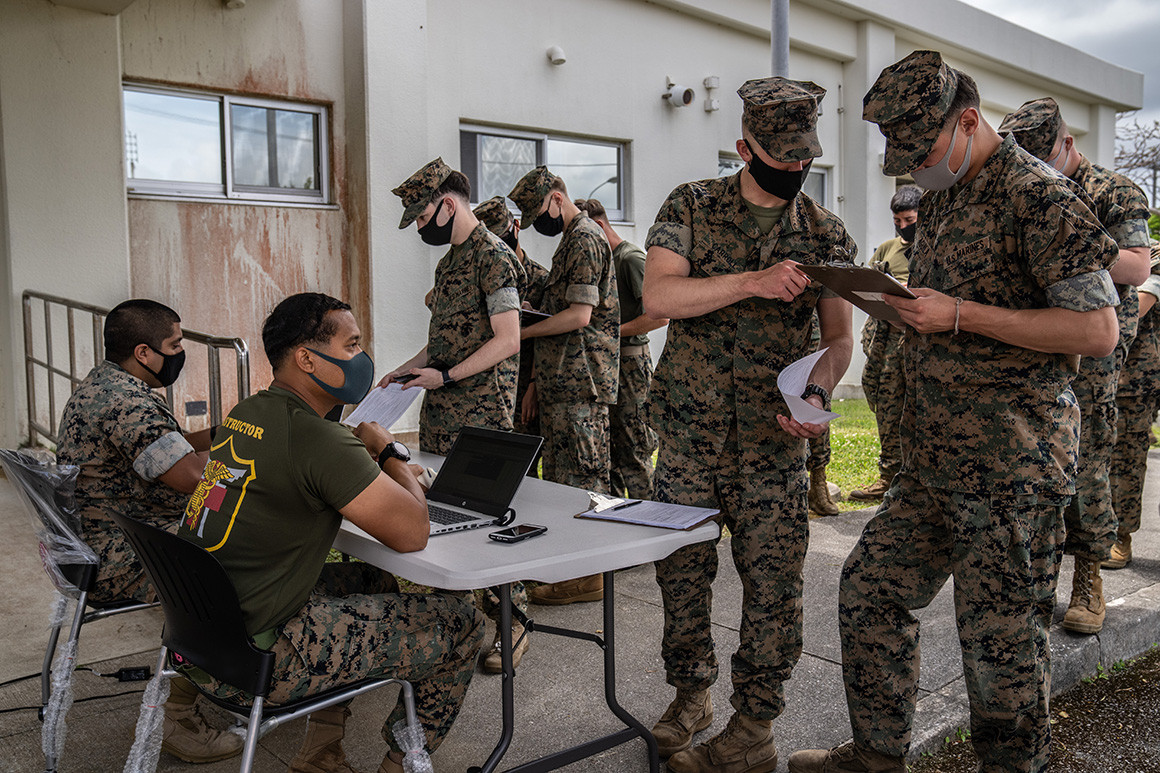 The Marine Corps announced Thursday that it has kicked out more troops for refusing the Covid-19 vaccine. The total number of discharges has risen to 206, up from 169 last week.

The fiscal 2022 National Defense Authorization Act, which President Joe Biden signed into law Monday, dictates that the military services cannot dishonorably discharge members for vaccine refusal. The discharges must be either honorable or general under honorable conditions.

Where things stand: Overall, 95 percent of all active-duty Marines have received at least the first dose, while 86 percent of the Reserve force has received the first shot.

The service received 3,247 requests for religious accommodation, with 3,115 of those having been processed and zero requests approved citing readiness concerns. The Marine Corps has 1,007 administrative or medical exemptions.

The other services: Overall, 95 percent of airmen and guardians are vaccinated, while the Army says 98 percent of its active-duty force has at least one shot, and the Navy says 99 percent of sailors have received the first dose.