Many Black Veterans Were Denied G.I. Bill Benefits After World War II, Now Some Members of Congress Want to Fix This 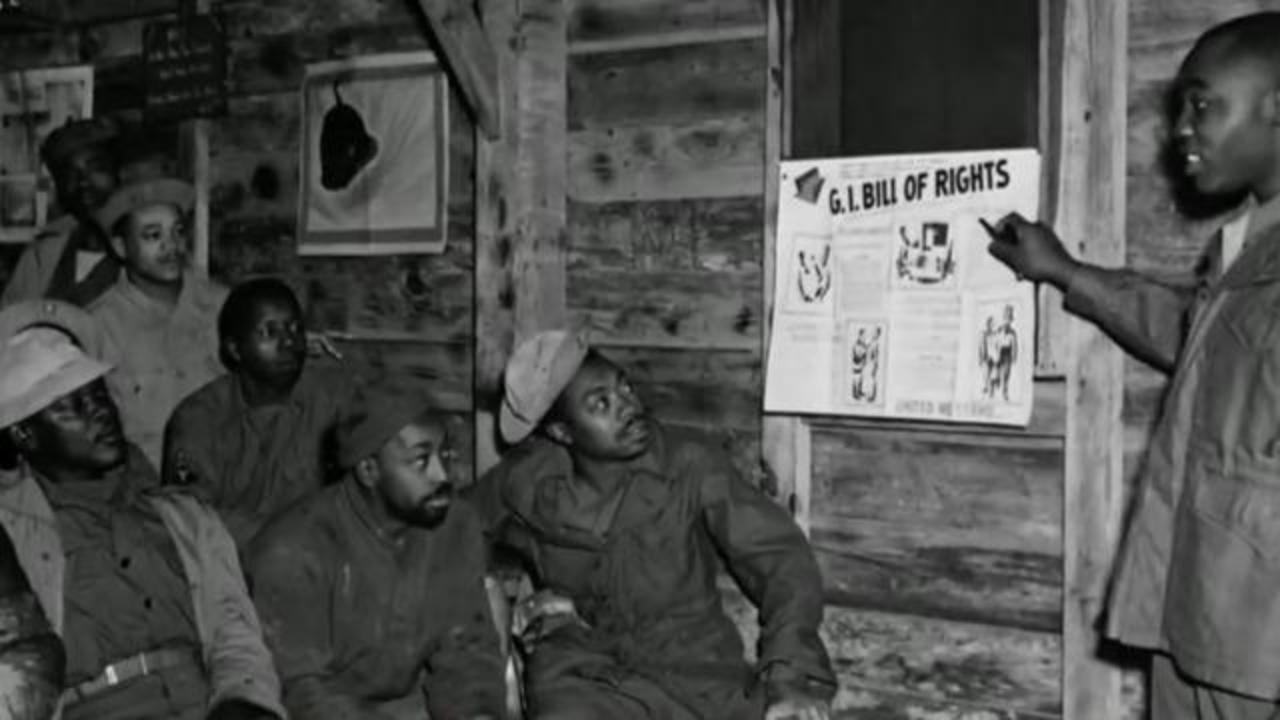 The G.I. Bill is largely credited with helping build America’s middle class after World War II — but that economic opportunity was wrongly denied to many Black veterans. Now, some members of Congress want to correct the historical error.

“We built bridges, roads and airstrips for planes to land,” Lawrence said.

At 112, he is believed to be the oldest living veteran and one of more than a million African Americans who served in the war and supposedly qualified for the housing and education benefits of the G.I. Bill.

“Veterans had to go to their local veterans’ administration offices. These were staffed almost exclusively by White officials and this is a particular problem in the South,” Delmont said.

“They were denied access to mortgages,” Delmont continued. “They’re denied college tuition to be able to go to college and earn degrees that could help them get good jobs afterwards.”