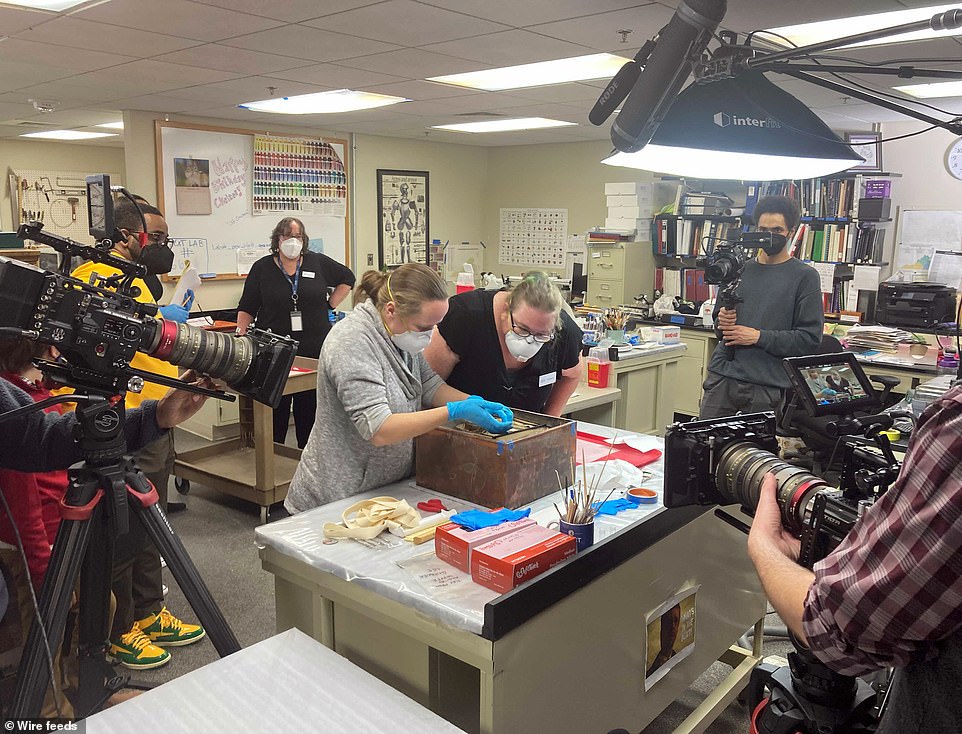 Historical conservation experts in Virginia’s capital have opened a time capsule found in the remnants of a pedestal that once held a statue of Confederate Gen. Robert E. Lee, finding books, coins, ammunition, documents and dozens of other artifacts.

The box opened on Tuesday appears to be the true 1887 time capsule filled with Confederate trinkets, after another container discovered earlier was revealed as a stunt apparently left by the monument’s builders.

However, the real time capsule did not contain the rare photo of President Abraham Lincoln in an open casket as historians had hoped, instead bearing an illustration of the assassinated president’s gravesite.

Records maintained by the Library of Virginia suggest that dozens of Richmond residents, organizations and businesses contributed about 60 objects to the capsule, including Confederate memorabilia.

The lead conservator for the Virginia Department of Historic Resources, Kate Ridgway, said that the measurements and material of the copper box match historical accounts.