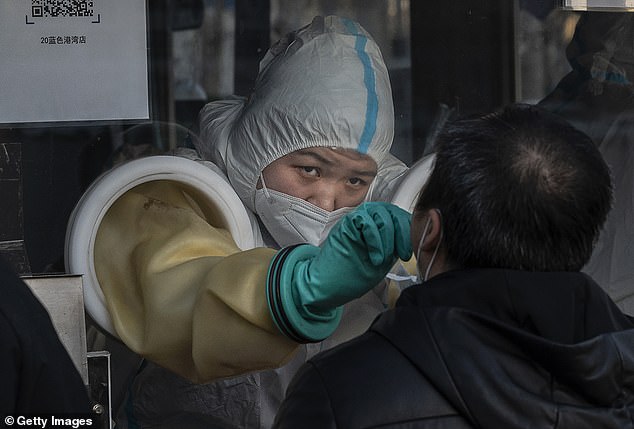 Locked-down residents in one of China’s biggest cities say they are at risk of starving in their homes after they were banned from going outside even to buy food under harsh new Covid measures sparked by just a few dozen cases.

Apparatchiks running the city of Xi’an on Monday told 13million people they are only allowed out of their homes when invited to take part in a new round of mass testing, or for medical emergencies.

Previously, one member of each household was allowed out once every two days to buy food. City officials said people in ‘low risk’ areas will be allowed out to buy essentials once testing is complete and if their results are negative.

Xi’an reported 175 new cases on Tuesday, a paltry figure compared to other large cities around the world but a major blow to China which is continuing to pursue a ‘zero Covid’ strategy even in the face of more-infectious variants.

Nearby cities have also logged cases linked to the flare-up, with Yan’an – about 185 miles from Xi’an – on Tuesday shuttering businesses and ordering hundreds of thousands of people in one district to stay indoors.