There’s a devil loose: 29-year-old bodybuilder appears in mugshot after shooting his millionaire parents on Christmas morning at their $3.2million Long Island mansion: Construction magnate, 65, of dynasty that built many of NYC’s famed skyscrapers and wife remain in hospital 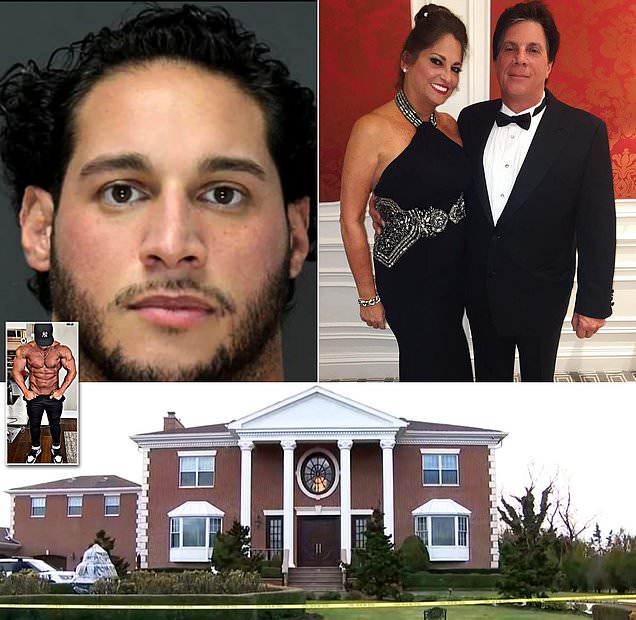 The bodybuilding-crazed son of a family that helped shape New York City’s skyline has been arrested after allegedly shooting his parents at their sprawling $3.2million Long Island estate on Christmas morning. Construction magnate Rocco Tomassetti, 65, and wife Vinceta Marsicano-Tomassetti, were shot inside their 8,751-square foot mansion in tony Hewlett Harbor about 10 am. Their 29-year-old son Dino Tomassetti pulled the trigger and then fled the scene in a Cadillac Escalade before he was arrested in New Jersey later that night after, police said. A Nassau County police spokesman told DailyMail.com that Tomassetti was awaiting extradition to New York on Sunday. The parents survived the shooting but their condition has not been revealed. The Tomasetti family is part of a construction dynasty formed by the late Dino Tomassetti Sr., an Italian immigrant whose chain of Laquila companies helped shape New York City’s skyline.