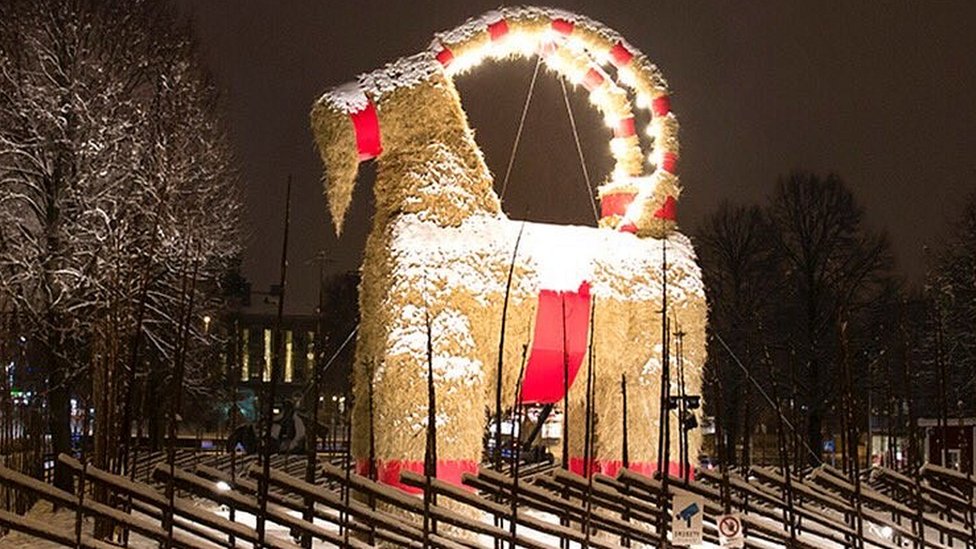 A giant decorative goat made of straw and a smaller sibling of Gavle have become Sweden’s most endangered Christmas decorations. But someone does not care for the goats. They went up in flames.

The animals are a beloved Swedish Christmas symbol, dating back to pagan times. But in what’s become a tradition of sorts in Gavle, 101 miles north of Stockholm, arsonists early Friday destroyed both.

Since Gavle’s first straw goat, 43 feet tall and weighing three tons, was erected in 1966, the annual decoration has been burnt or smashed dozens of times, once before it was even finished. The last time arsonists struck was in 2016.

The goat is an ancient Scandinavian Yuletide symbol that preceded Santa Claus as the bringer of gifts.