Here We Go: Wrestling Fan Is Ejected From Match for Holding Up Sign With Arrow Branding Transgender Wrestler Nyla Rose ‘That Guy’s Dad’ 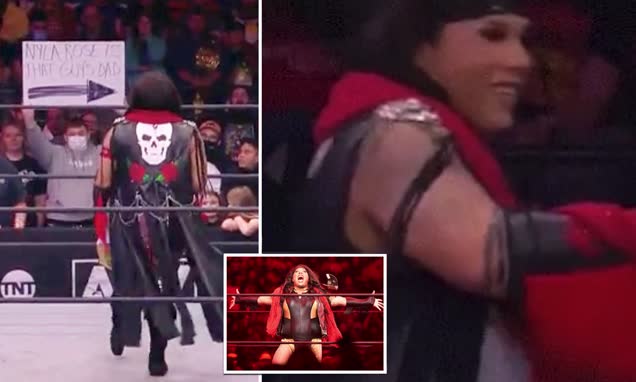 A wrestling fan was ejected from an AEW Dynamite event on Wednesday after holding up a derogatory sign towards female transgender wrestler Nyla Rose, who became the first trans wrestler to win a major American title when she won the AEW Women’s World Championship in 2019.

Pictures of the sign and Rose’s in-ring reaction were posted to Twitter following the match, which took place at the Greensboro Coliseum.

‘Nyla Rose is that guy’s dad’ the fan’s sign read, alongside an arrow pointed to his left.

Rose was competing in a match against Ruby Soho when she spotted the fan’s sign and gave him the middle finger.

Rose’s significant other confirmed that the fan was ejected by security in a tweet.