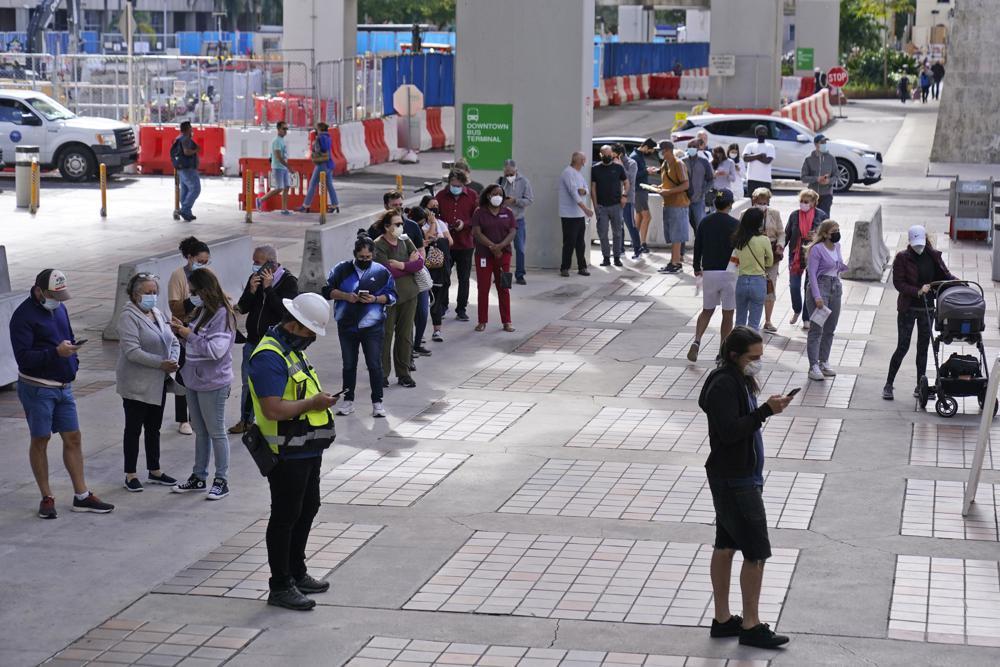 MIAMI (AP) — Florida hit a new record in the pandemic for the second day in a row as the state reported 32,850 daily new cases on Saturday.

Only a day earlier, with 31,758 new daily cases reported, Florida broke its previous record of more than 27,000 cases set in August during the height of the delta wave in Florida. The current surge is being driven by the spreading of the highly contagious omicron variant.

The swelling number of virus cases created demand for COVID-19 tests, even on Christmas Day when tests were almost as popular as eating a ham or drinking egg-nog-like coquito, for some.

Hours before a testing site opening at Tropical Park in Miami, dozens of cars lined up along a road leading to its entrance. The testing site was open from mid-morning to mid-afternoon, and two other sites in Miami-Dade County were open on Christmas Day.