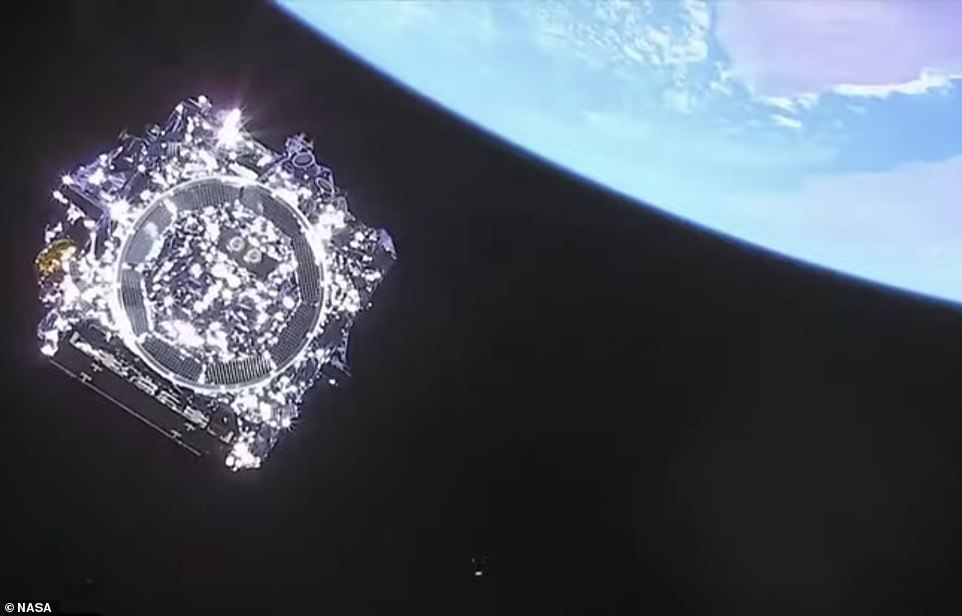 NASA’s revolutionary James Webb Space Telescope has begun its one million mile voyage into solar orbit after successful lift off following decades of planning and delays.

Jubilant scientists and engineers shouted ‘Go Webb, go!’ as the telescope module detached from its rocket and floated off into space far above the earth’s surface.

It is hoped that the observatory, a replacement for the 30-year-old Hubble telescope, will by travelling so far out be able to peer back in time 13.5bn years – to a point within a mere 100m years of the big bang.

A successful Christmas Day take off for the $10 billion telescope had been dubbed a ‘Christmas miracle’ after the project suffered a series of delays in the South American country’s rainy season.

But at 7.20am ET (12.20PM GMT) the world’s most powerful space telescope, equipped with an Ariane 5 rocket, took off from the European Spaceport facility in French Guiana in magnificent form before blasting skywards over the Atlantic Ocean.

Cheers were on pause for another nerve-wracking 27 minutes as the rocket ejected its boosters and soared to an altitude of 870 miles (1,398km) before finally detaching the telescope to begin its own journey.

With its liftoff, a spokesperson for NASA said, ‘Webb will usher in a new era of astronomy’.

Stéphane Israël, the CEO of Arianespace which provided the Ariane rocket, said: ‘We launch for humanity this morning from the Guiana Space Center. We know what Webb is about, and after Webb we will never see the skies in quite the same way again.’

If all goes according to plan, the 14,000-pound instrument will be released from its French-built rocket after a 26-minute ride into space.

The Webb telescope will then take a month to coast to its destination in solar orbit roughly one million miles from Earth – about four times farther away than the moon.