There’s a Devil Loose: Elderly Pennsylvania Man ‘Shoots and Kills Half-naked Intruder Wearing Only a T-Shirt Who Violently Assaulted His Wife in Their Bedroom’ 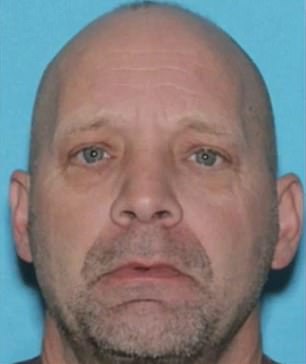 An elderly Pennsylvania man has shot and killed a half-naked intruder who stormed into his home and violently assaulted his wife in their bedroom, police say.

Steven Shaffer, 54, walked into the home of the unnamed married couple in their 70s in Berwick Township around noon on Wednesday.

The intruder started attacking the husband who asked his wife to go into the bedroom to grab his gun.

Shaffer followed her into the room and ‘violently assaulted’ her on the bed.

Both victims were rushed to hospital. The woman sustained serious injuries and remains in critical condition, the police said.

Neighbors said prior to the attack that Shaffer was wandering around in the street, banging on vehicles.

He eventually marauded into the unnamed couple’s home through their unlocked front door.