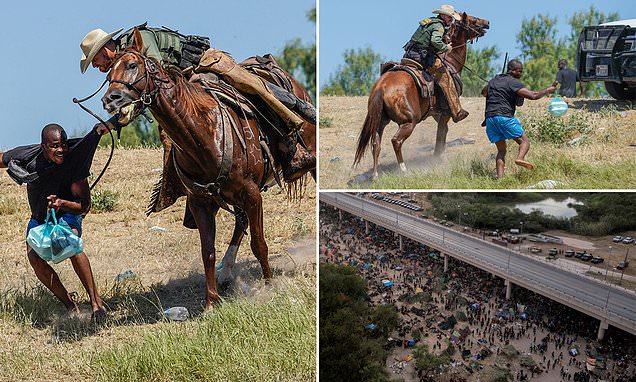 Mirard Joseph was returning to an encampment under the Del Rio bridge in Texas with food and water for his family when he suffered what he called the ‘most embarrassing’ moment of his life. Joseph and the 10 other migrants accused the Biden administration, including Biden and Homeland Security Secretary Mayorkas of physical and verbal abuse and knowingly ignoring the rights of asylum-seekers, according to the New York Times. Another plaintiff, identified as Esther, said she was attempting to cross the river with food for her baby when she was ‘terrorized by officers on horseback’ who were shouting ‘go back to Mexico.’