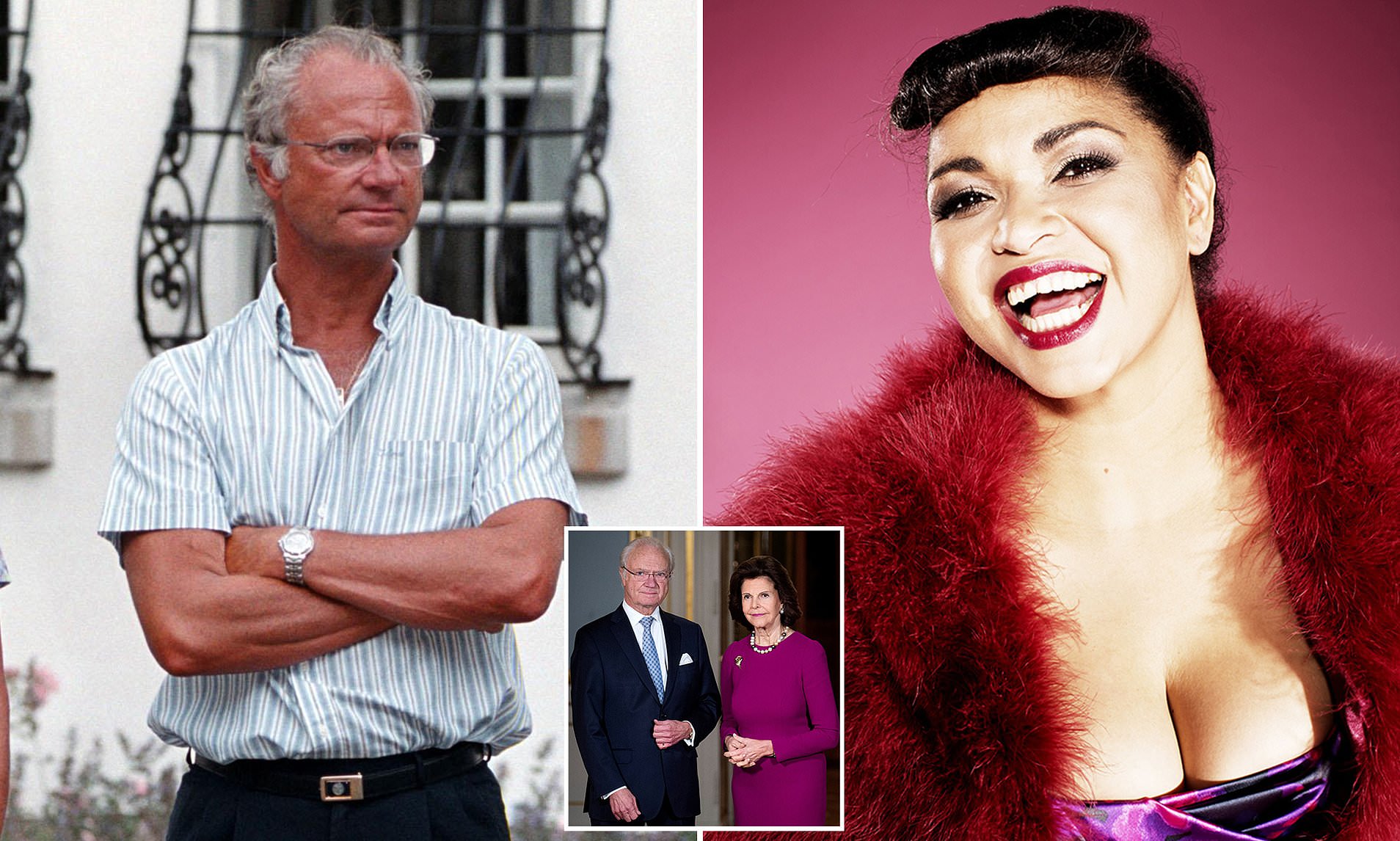 He was seen as the perfect 21st-century monarch, insisting Swedish law be changed to allow his eldest daughter to succeed him rather than his only son, and an ordinary family man loved by his people.

For years, King Carl XVI Gustaf of Sweden’s only acknowledgement of a racier world was the stable of fast cars he enjoyed driving – while his 45-year marriage to Queen Silvia was credited as a wonderful example of partnership.

Yet in 2010 the Swedish monarchy was rocked by the release of a new biography about the King which shined a light on his ‘wild sex parties with strippers and lengthy affair with a singer’.

Titled The Reluctant Monarch, it accused King Carl – who is a third cousin of Britain’s Queen Elizabeth – of attending underground strip clubs with his friends and having an extramarital affair.

Now the author of the controversial book, Thomas Sjöberg, has appeared on a new podcast, Motive, to explore with the documentary series creator, Nils Bergman, the ‘royal scandal’.

Following the biography’s original release, King Carl offered a ‘vague’ statement, saying he and his family had chosen to ‘turn the page… and move forward because, as I understand, these are things that happened a long time ago.’

The controversial book revealed that the king and his friends had enjoyed the company of ‘coffee girls’ – women who would ‘entertain’ the group, consisting of members of the remains of Swedish aristocracy.

It also alleged that the king visited underground strip clubs, and that he had been involved in an extramarital affair with a famous Swedish singer in the 90s.

In the biography, the three ­investigative authors claimed the King had ‘wild sex parties involving strippers’, sometimes hosted by an infamous Mafia boss in a Stockholm club.

It was also ­alleged that, over many years, he had been protected by the Swedish secret service, Sapo, covering up embarrassing material in his wake and ­pressuring women to hand over compromising pictures.

According to the late Mafia-linked club owner Mille Markovic, who was quoted in the book, he liked having the King as a customer because it minimised the possibility of police raids.

Following the publication of the book, Markovic claimed that he had compromising photographs of the king with naked women, taken at one of his sex clubs in the 1980s.

In the descriptions of the six-part podcast, available via the Acast+ subscription service, it is said that the King and his friends, the so-called ‘royal gang’, for a few years in the early ‘90s had a standing reservation on Mondays at the underground club owned by Markovic.

‘Young women and strippers have in an almost systematic way been called into these party nights to please this elite group of powerful men,’ read the synopsis of episode two, when translated from Swedish to English.

‘The men have promised the world, modelling jobs and careers in the entertainment industry, in exchange for providing what they want.’

Several women interviewed for the book claim they had sex with the King. After one big dinner ­celebrating a successful elk hunt, he is said to have enjoyed sex with two women at the same time.

At the 1996 Olympics in Atlanta, where the King of Sweden was ­inevitably a VIP guest, he is said to have spent $10,000 (£7,000) in the Gold Club nightclub, including two hours in a room alone with one of the strippers.

In some instances, Sapo agents have been used to search the homes of women in order to confiscate ­pictures taken at the King’s private parties.

‘If the rolls of film and pictures aren’t turned over, some ­unpleasant things will happen,’ the book ­startlingly claimed.

No fewer than 14 pages detailed an alleged lengthy affair he had with Camilla Henemark, the Swedish singer and model.

Her response to the revelations following the book launch was not to deny them but merely to say her ­lawyer had advised her ‘not to give any comments’.