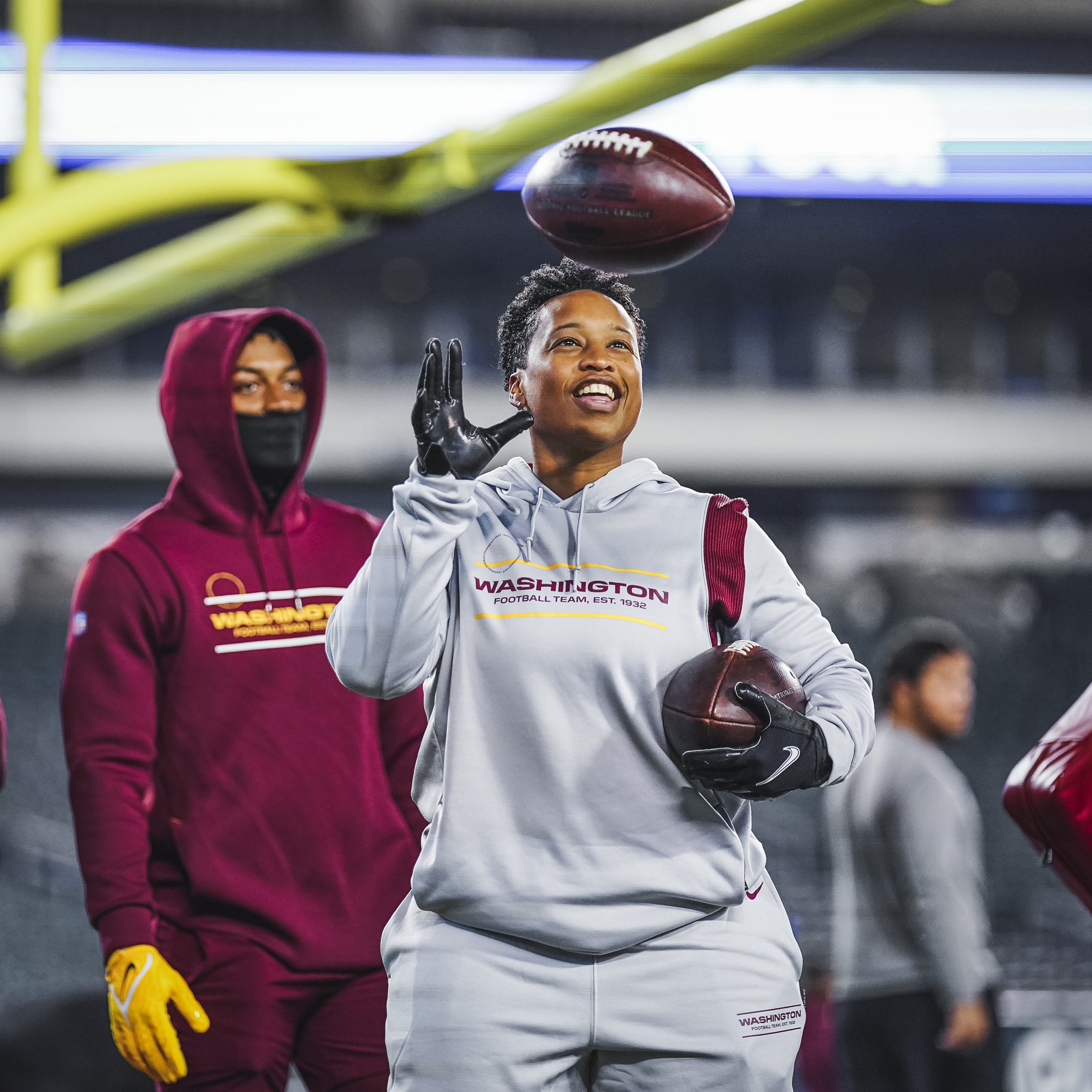 King, 37, is the second female gameday coach in NFL history, and the first African-American woman to have the position. The first was Callie Brownson, who filled in several times for the Cleveland Browns last season.

King is one of two full-time female assistant coaches in the league, along with assistant defensive line coach Lori Locust in Tampa Bay.