Parents of ‘The Walking Dead’ actress Alicia Witt are found dead in their Massachusetts home after she raised the alarm when she hadn’t heard from them in a few days: Police say there are ‘no signs of foul play’ 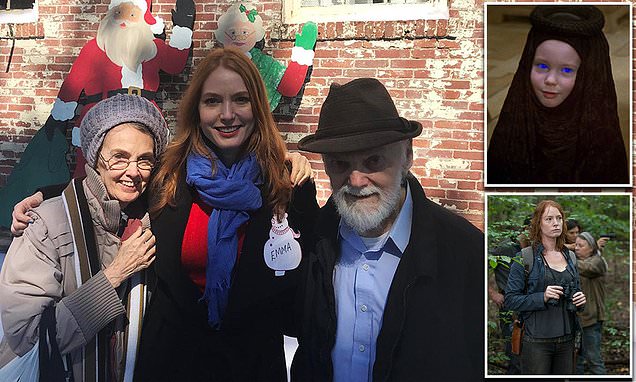 The actress, 46, had asked a relative who lived in the area to check on Robert Witt, 87, and Diane Witt, 75, at their Worcester home after not hearing from them for ‘several days.’ ‘I reached out to a cousin who lives close to my parents to check on them. Sadly, the outcome was unimaginable,’ Witt said in a statement. ‘I ask for some privacy at this time to grieve and to wrap my head around this turn of events, and this surreal loss.’ Police said they had received reports that the couple, who a neighbor described as having been ill for ‘some time,’ had been experiencing ‘furnace problems’ and were using a space heater to heat their home, according to the Worcester Telegram and Gazette. However, firefighters who responded to the scene reportedly checked the air quality inside the residence and detected no noxious gases.