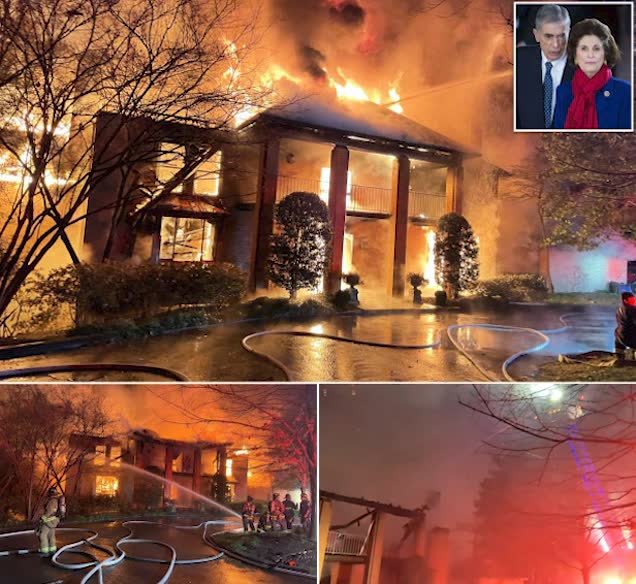 Fairfax County Fire and Rescue were called out to a two-alarm fire on Chain Bridge Road in the McLean area of Virginia at 11.30pm where they found a huge blaze consuming a $3.4million mansion owned by former Governor Chuck Robb in McLean, Virginia. Fire officials said that two people escaped the fire and had been taken to hospital with minor injuries. It is not known if this was Robb and his wife Lynda (inset), the daughter of former President Lyndon B. Johnson. Investigators have yet to determine the cause of the blaze. Robb, Virginia’s governor from 1982 to 1986, had owned the property since 1973.