Here We Go and There’s a Devil Loose: Pedophile Who Identifies as Female Is Jailed for 20 Months After Having Cocaine-fueled “Sex” With a Dog 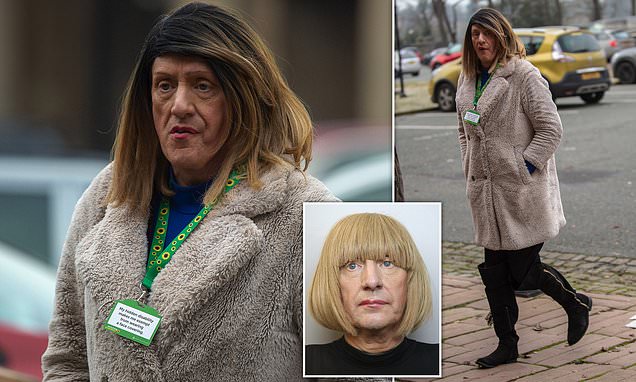 1A paedophile has been sent to prison for 20 months for getting high on cocaine and having group sex with an Alsatian.

Trans woman Claire Goodier – who was previously known as John and convicted of child abuse images as a man in the past – admitted the offence in an earlier hearing.

Goodier, 60, was described as ‘manipulative’ and ‘deceitful’ by a probation officer at the Chester Crown Court sentencing today.

The pervert was listed under a male name but with a note added to be addressed in the hearing as Claire.

A Sexual Harm Prevention Order is under her new name, but it is not clear whether she will serve time in men’s or women’s prison.

Judge Steven Everett called the crime in taking part in the dog act with other adults as ‘despicable’ ‘disgusting’ and ‘depraved’ as he jailed the pervert for 20 months.

Goodier has twice been convicted of possessing indecent images of children, back in 2006 and 2009, with the judge admitting the defendant had been ‘astonishingly lucky’ to avoid previous spells behind bars after receiving suspended sentences.