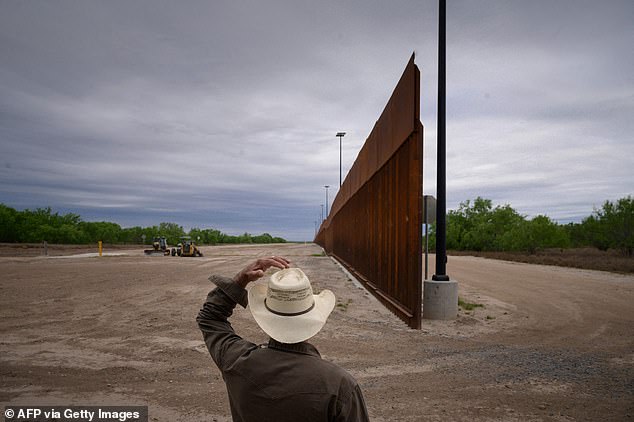 The Department of Homeland Security announced Customs and Border Protection is moving forward with addressing ‘life, safety, environmental, and remediation requirements for border barrier projects’ which were previously under the purview of the Defense Department.

While the agency noted ‘the type of work that is required will vary by Sector,’ it added that ‘a large majority of the incomplete DoD 284 Projects are located within the Tucson Sector.’

Biden ordered on Day One that funds be prevented from going to building the border wall, but DHS Secretary Alejandro Mayorkas now says it’s necessary to address safety and environmental issues.

The authorized work, a DHS statement noted Monday, will include ‘adding missing gates, addressing incomplete foundations, and connecting power to gates that are already hung but are currently inoperable.’

Mayorkas’ directive to his department comes as migration continues to surge at the southern border and a new report shows the number of foreign-born people living in the U.S. has reached the highest number in history.