Here We Go and the Devil Is a Lie: Transgender Woman Who Says She Is a Man Who Gave Birth to Her Son Criticizes Medical Staff for Calling Her ‘Mother’ and Claims That It’s ‘Important’ to Stop Linking Pregnancy With Being a Woman 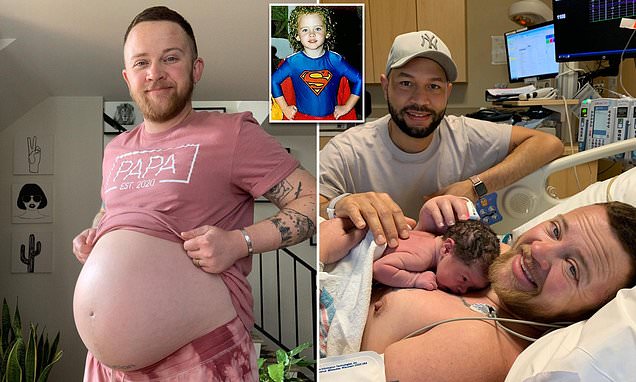 A father has complained that nurses insisted on calling him ‘mom’ during his pregnancy despite being a man.

Bennett Kaspar-Williams, 37, from Los Angeles, first realised he was trans around ten years ago, in 2011, but didn’t begin his transition until three years later.

The couple decided that they wanted to have children, and weighed the options available to them because it meant Bennett stopping the testosterone hormone therapy he’d been on for several years to enable his ovaries to function.

Bennett, who has had surgery on the top half of his body but not on his genitalia, eventually decided that he would be comfortable trying to conceive and carrying a child.

He fell pregnant naturally soon after they started trying, and the couple welcomed their son Hudson, via Cesarean section, in October 2020.