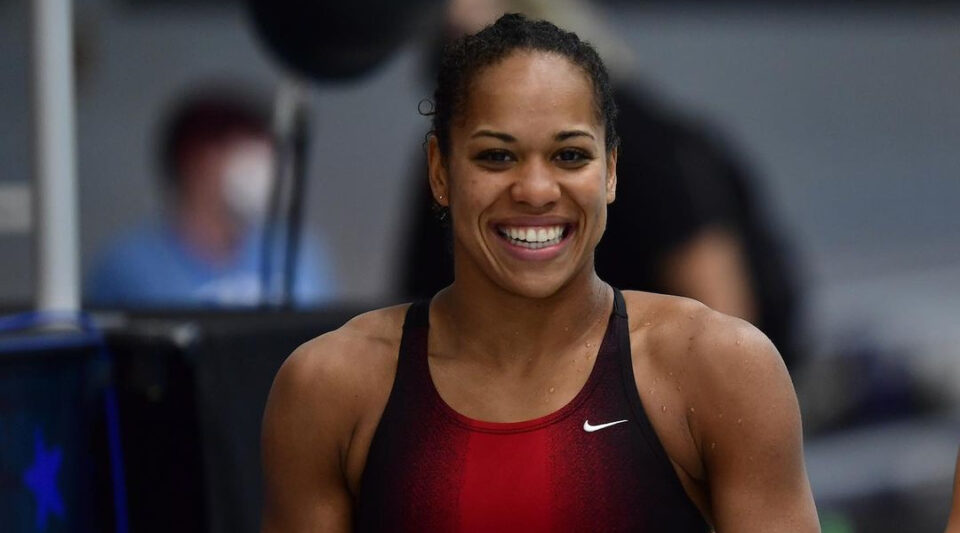 Kristen Hayden became the first Black woman to win a U.S. national senior title when she paired with Quinn Henninger for a victory in mixed synchronized 3-meter Monday at the USA Diving winter national championships.

Hayden, a recent transfer to Indiana University, and freshman Henninger took the lead on their third dive of the competition. Their next two dives earned mostly 7.0s and 7.5s for a total score of 286.86 points, three points ahead of Carson Tyler and Anne Fowler.

That moment @kristen_hayden made history. She just became USA Diving’s FIRST Black female National Champion and the FIRST ever Black U.S. Diver to qualify for the @fina1908 World Championships. We are so proud of Kristen and her synchro partner @HenningerQuinn 😭 pic.twitter.com/mXIoAXg02N

USA Diving tweeted a video of Hayden and Henninger embracing just after she had “made history.”

It was the first synchro competition together for Henninger and Hayden.

Hayden joined Mike Wright as the only Black divers to win U.S. national titles. Wright won on 1-meter springboard in 2012.