Navy Destroyers Harrassed By Mysterious Drones Off California For Weeks 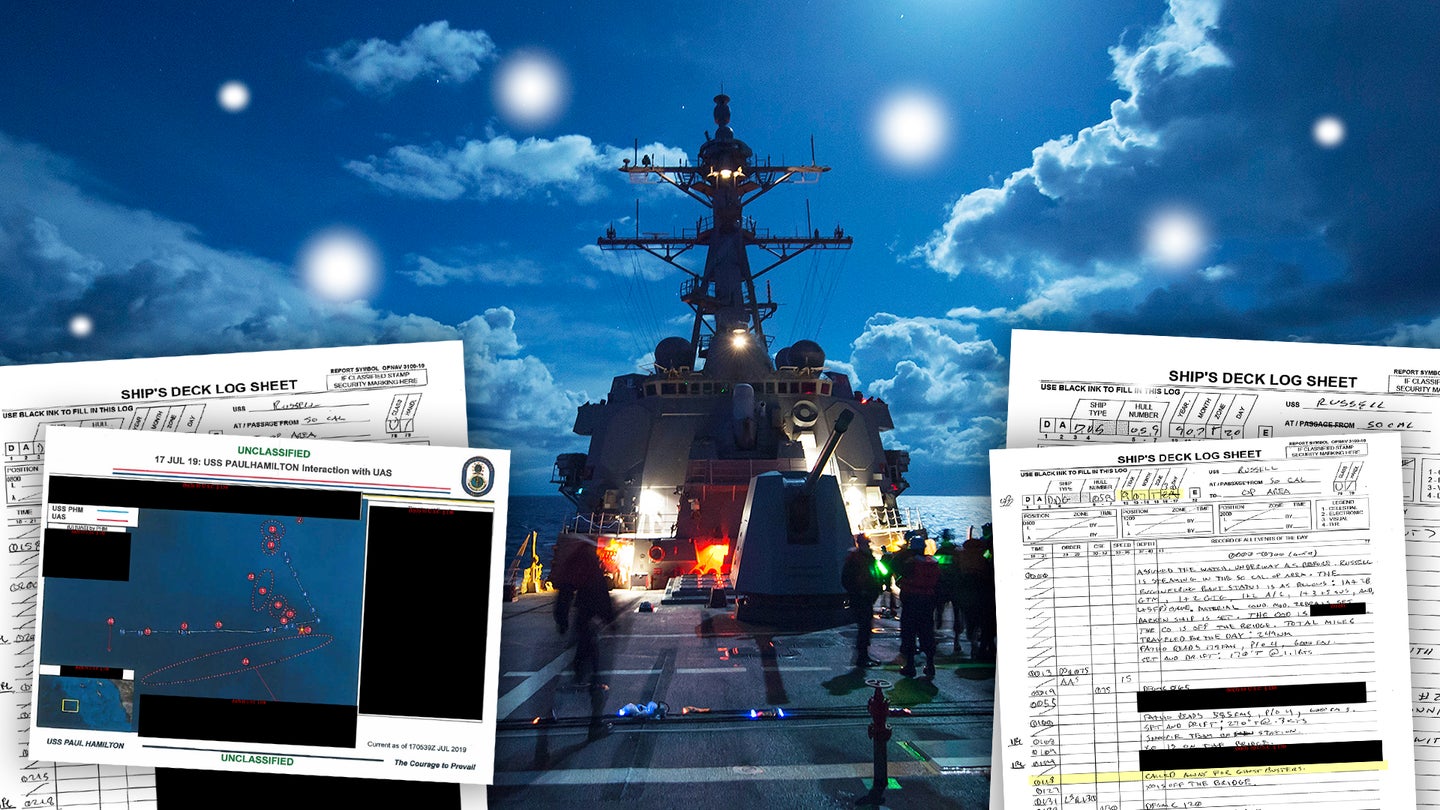 Earlier this year The War Zone exclusively reported about a series of 2019 incidents that involved unidentified drones stalking US Navy vessels over several nights in the waters off of Southern California. Our initial report also covered the Navy’s investigation into the incidents, which appeared to struggle to identify either the aircraft or their operators. Chief of Naval Operations Admiral Michael Gilday later clarified that the aircraft were never identified, and that there have been similar incidents across the service branches and allied militaries.

Newly released documents obtained via the Freedom of Information Act (FOIA) show that the full scope of these drone incursions was greater than it initially appeared, and they persisted well after the Navy’s investigation was launched. Deck logs indicate that drone sightings continued throughout the month of July 2019 and included events where drone countermeasure teams were called into action. One notable event involved at least three ships observing multiple drones. Uncharacteristically for unclassified deck logs, the details on this event are almost entirely redacted.

Among the new documents is the map seen below that details the interactions between a drone (denoted on what appears to be a briefing slide as an unmanned aerial system, or UAS) and a Navy Arleigh Burke class destroyer, the USS Paul Hamilton.