Man beaten to death for ‘sacrilege’ at Sikh Golden Temple 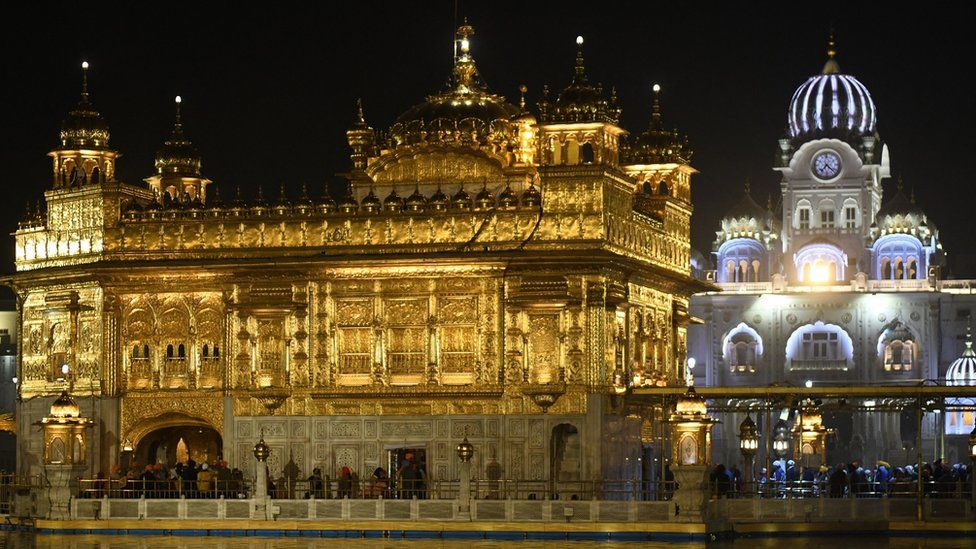 Police in the Indian city of Amritsar say a man suspected of trying to commit a sacrilegious act at Sikhism’s holiest shrine has been beaten to death.

The incident took place during a prayer service at the city’s Golden Temple on Saturday, according to local media.

The man allegedly barged into the inner sanctum, where Sikhism’s holy book, the Guru Granth Sahib, is kept.

He then grabbed a ceremonial sword placed next to the book, but was overpowered by guards and worshippers.

Sikhs regard the Guru Granth Sahib as not just the holy scripture of their religion but also as the living Guru, and believe it should be treated with respect as a human might be.

The scuffle took place at around 17:45 local time (11:45 GMT), and was captured on camera as evening prayers were being broadcast on television.