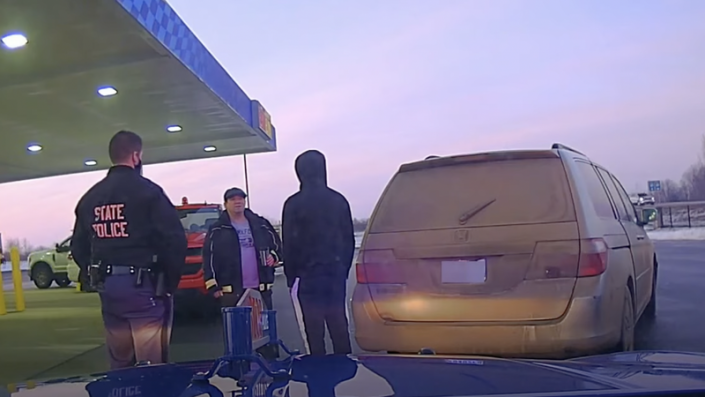 A white Michigan police officer has been reinstated, months after he was fired for an off-duty incident in which he followed and pointed a gun at a 19-year-old Black man who was delivering newspapers.

An arbitrator reinstated Chad Vorce this month to the DeWitt Police Department, near Lansing, with no back pay but with his seniority restored, the Lansing State Journal reported. Vorce is required to undergo sensitivity training.

Arbitrator Thomas Barnes cited mitigating factors, including Vorce’s clean record and lack of past citizen complaints. He wrote in his decision that while Vorce’s actions did have an impact on the department, it wasn’t to a degree that it “otherwise undermined or significantly impaired the otherwise good reputation of the department.”

Barnes also wrote that Vorce “testified he was not a racist and was upset by any inference that he was.”

Vorce, an 18-year veteran of the department, appealed after he was fired in May for using excessive force and violating other departmental policies and regulations.

He told investigators he thought the 19-year-old man was a suspect in recent break-ins when he followed him on Jan. 14, and called 911 to report that he had seen a “suspicious” Black man parked near his DeWitt Township home.

Vorce asked the man what he was doing. The man, who had been putting newspapers in bags, told Vorce, “I’m just doing me,” according to police reports.

That response didn’t satisfy Vorce, who followed him, pulled his gun on him twice and chased him to a gas station down the road where he got out of his pickup and approached the delivery driver with his gun out, according to police reports.

The man told police he drove to a gas station after Vorce pointed a gun at him. He told officers he didn’t know Vorce was a police officer because the off-duty officer had no visible identification, was not wearing a police uniform and was driving his personal vehicle.

In a statement, department officials wrote they are “extremely disappointed” about Vorce’s reinstatement and still believe his firing was justified.