Pastor Leroy Brent of Fairview Baptist Church in Mayfield, Kentucky Says ‘We Intend to Rebuild’ After Church Building Is Leveled by Tornado 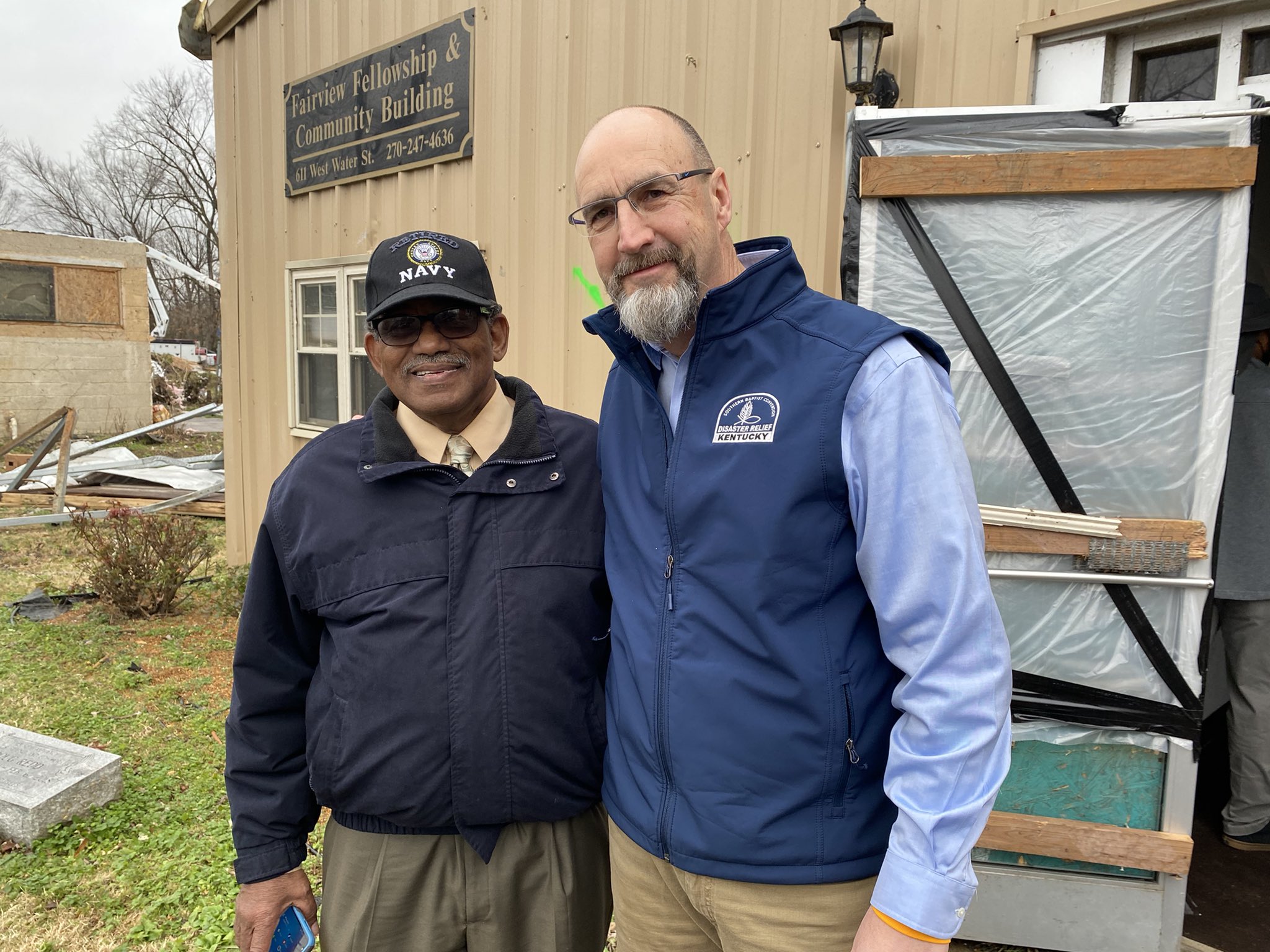 MAYFIELD, Ky. (KT) – Fairview Baptist Church in Mayfield was one of three Kentucky Baptist Convention churches decimated by an F-3 tornado that tore through the western Kentucky town on Friday evening. Due to COVID concerns, the congregation had only started regathering in their building two months ago.

“We suffered a total loss,” said Leroy Brent, who has pastored the congregation for nearly 35 years. “It was devastating.”

Founded in 1870, Fairview Baptist is the only African American Southern Baptist, KBC church in Mayfield. The congregation has been worshiping in its current building since 1913, and a cornerstone marking that date is one of the only structures still standing.

“It stayed intact. That’s one of the things we plan on harvesting,” Brent explained. “And we have a historical bell that was in the bell tower.”

Brent said that with members scattered as far as Paducah and Murray, and a lack of electricity in many areas of Mayfield, the congregation will not meet in person for a few weeks. They are still looking for a new location where they can gather in the months ahead.