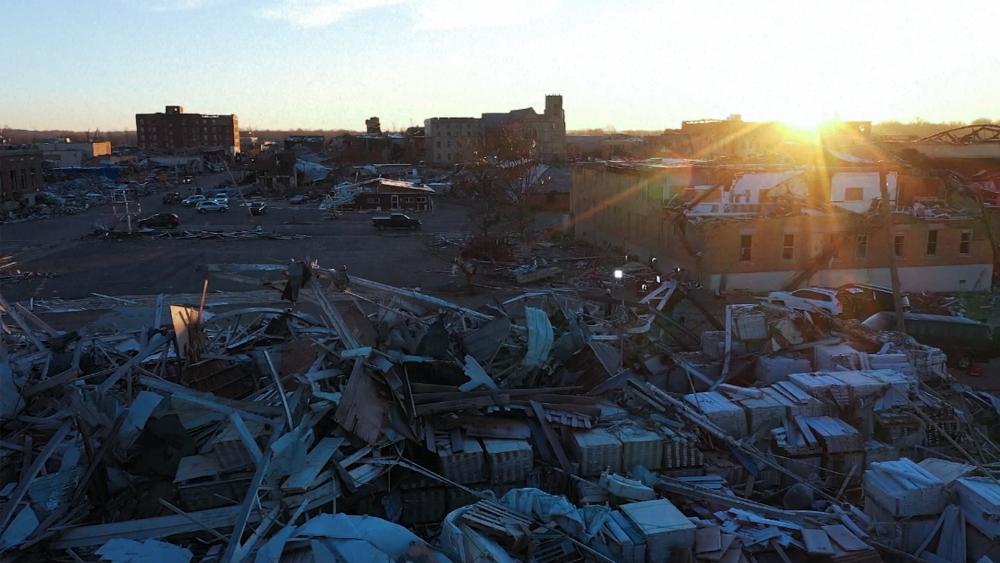 The tornado outbreak last weekend was the worst in a decade and has left Kentucky with a long road to recovery. To make matters worse, more storms struck again over the last few days.

The deadly weather has brought dangerous tornadoes to the Midwest and Plains states which experts say is rare for December. The latest round of storms killed five more people and left a path of destruction across the region and more than 400,000 power outages.

The ongoing bad weather came as many people are still working on disaster relief after that shattering spate of deadly tornadoes. At least 90 people were killed across five states including 75 in Kentucky, six in Illinois, four in Tennessee, two in Arkansas and two in Missouri. Victims have ranged in ages from 2-months-old to 98.

Huda Alubahi’s 3-year-old son was killed when their home collapsed on top of them. She had been holding onto him and her 1-year-old as they took refuge in the bathroom. “I had them both in my arms, I never let them go,” she said. “That’s how we were found.”

Kentucky which was the hardest-hit state has a long road to recovery. “The devastation is still, I don’t know if the right word is profound, traumatic, painful,” said Gov. Andy Beshear (D-KY). “We here in Kentucky have felt the love and support of the entire country and of the entire world.”